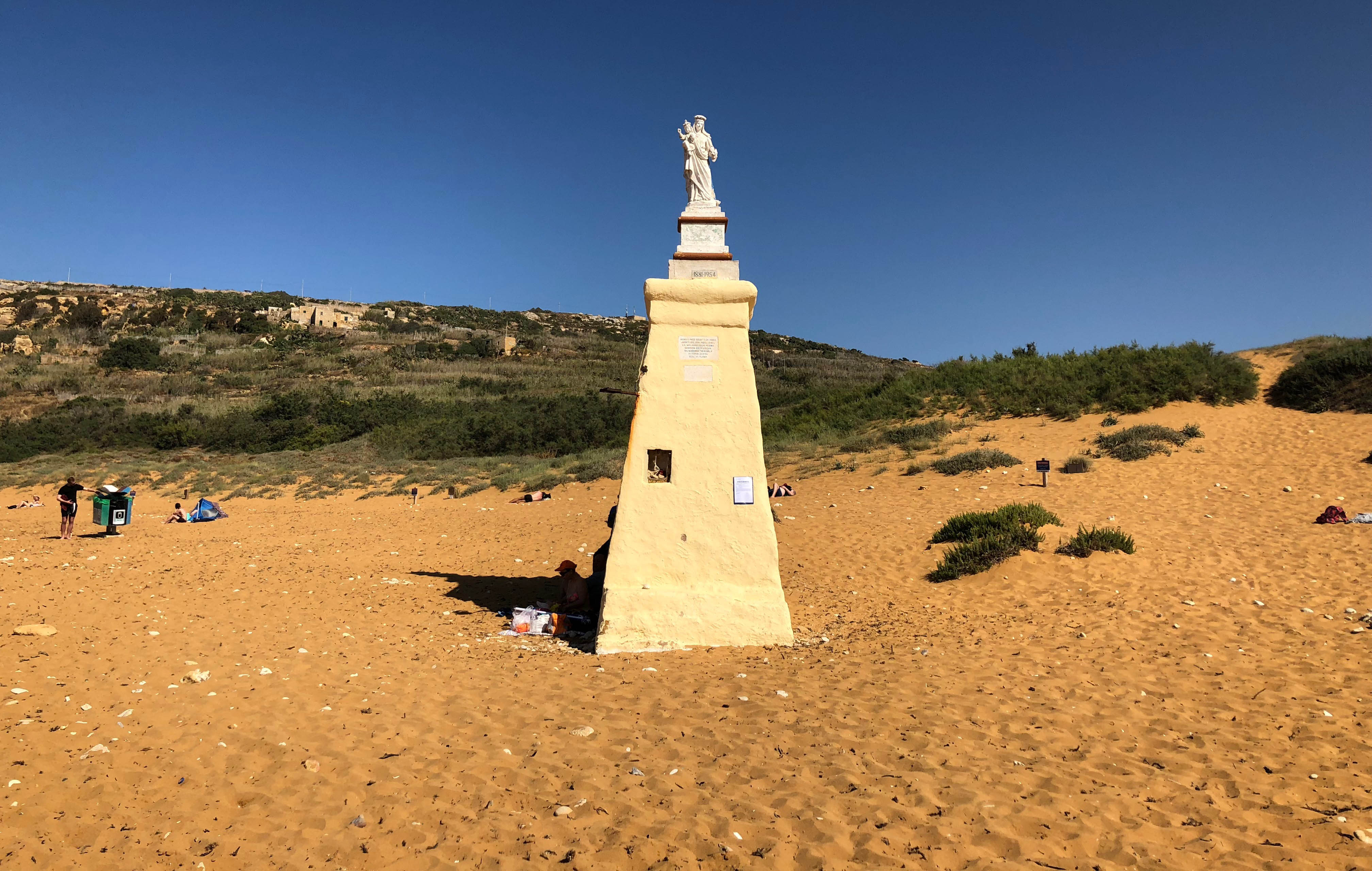 The landmark statue of Our Lady of Hope located in the centre of Ramla Bay in Gozo will undergo restoration works following planning permission by the Planning Commission.

The original statue, which dates back to 1881 and was built by a certain John Gauci from Xaghra and is made from concrete and rendered with oil-based paint. It stands on a pedestal made of globigerina limestone which is plastered over with a cream painted cement layer. These materials were chosen due to the extreme weather conditions the statue is exposed to throughout the year.

Works will include the cleaning and re-application of the surface paint and the mortar reconstruction for parts where the statue has some missing elements, mainly the arm of the Virgin Mary which has broken off.

The three marble plaques attached to the pedestal will be cleaned and the wording refilled.  Given the location of the statue and the obvious difficulties of the site, the statue will be removed carefully and transported to an off-site workshop where the necessary restoration interventions can be carried out in a sheltered environment.

Mr Gauci who had built the statute was the last remaining member of the ‘Polizia Marinara’ who used to guard the Belancourt Battery.

The Betancourt battery was part of a series of fortifications built in Ramla by the Knights of St John to guard the bay from pirates and intruders, given that Ramla was a favourite entrance point to Gozo. The fortifications in Ramla consisted of two Batteries, one on each side of the bay, and the Redoubt of Vendome at the centre of the bay, where the statue is located.

Up till 1936, the statue was maintained by a Toni Bartolo who would ask Mgr Michelangelo Apap to repaint the statue when the need arose. In 1965, Mgr Apap noticed that the statue was in a very bad state of repair. He asked Mr John Gauci’s son whether he would be interested in replacing the statue so that his father’s monument could remain. He accepted, and Mgr Apap designed the statue which was then cast in concrete by the foremost Gozitan sculptor of the time, Wistin Camilleri. It was blessed by Gozo Bishop Mons. Joseph Pace and put in place in April 1966.

In 1995, the Planning Authority scheduled the Statue of Our Lady of Hope as Grade 1 national monument.