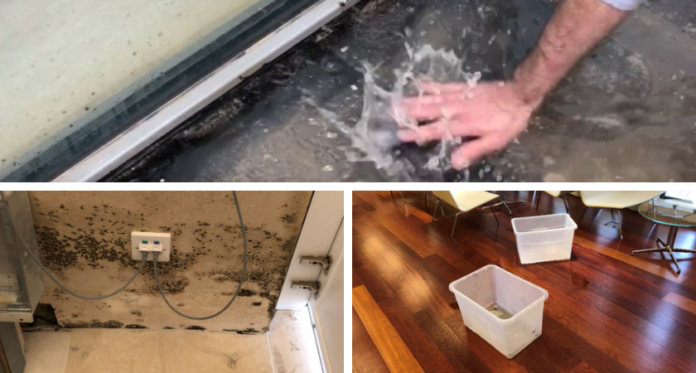 The Parliamentary building in Valletta which has been in use for only three years has had “extraordinary damage” related to rainwater leaks whenever there is adverse weather. This according to the Speaker of the House Anġlu Farrugia who was speaking during a press conference this morning, where he showed photos of the damage around the building.

Farrugia explained that, despite regular maintenance, there are many areas which rainwater is leaking in from, such as the roof of the administrative block, the restroom area in the House block and the emergency stairs of the House block as well as in the basement housing employee offices.

He said that “the concerned authorities seem not to have control over the cause of the leaks, to the detriment of the building.” He explained that there is rusted metal and steel, as well as the danger of damage being caused to sophisticated apparatus. This includes the ventilation system, the electrical system and other systems, including IT and security and emergency sensors. He explained that even glass panes and doors were not correctly installed.

“This is of great worry to myself and the Parliament,” Farrugia insisted. He said that the issue should not be put off any longer, and that the responsible parties should see to the necessary repairs. There is currently more than one Court case against the contractors, which, the Speaker said, means that certain work cannot be carried out. He also asked for cooperation and collaboration with the Grand Harbour Regeneration Corporation to fix things which were constructed carelessly.