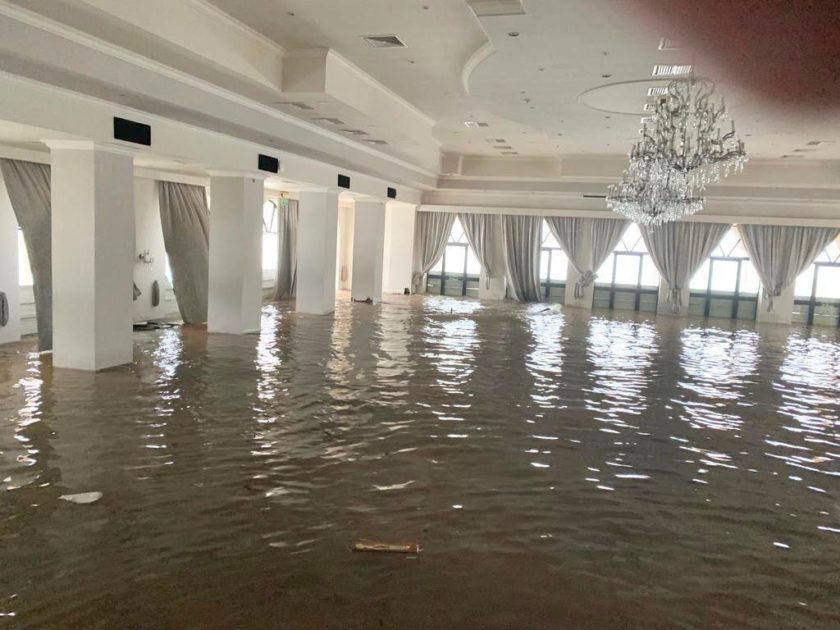 Radission Blu Resort in St Julians has informed Newsbook.com.mt that it did ‘experience some flooding’ resulting from the storm which struck Malta and Gozo yesterday.

Newsbook.com.mt had taken an interest in the situation facing the hotel after an image was received by the newsroom (shown above) showing the extent of the flooding in the hotel ballroom.

The image looked remarkably similar to the situation the hotel had faced back in October 2016. Images taken then showed the flooded main ballroom and other locations facing the Sliema coast. CPD had responded to the incident after water had been found in a warehouse containing live electronics which could’ve resulted in a more dangerous consequence.

A spokesperson for the hotel confirmed with Newsbook.com.mt, that the image was indeed of the ballroom and of the flooding which took place. They explained that the situation was under control and that, ‘repairs and maintenance works are already underway and all the necessary measures have been taken in order to minimize any inconvenience.’

According to a picture supplied by the hotel, the water had been drained from the ballroom earlier this afternoon.