The quarantine imposed by the Public Health and the Office of the Prime Minister when visiting countries with registered cases of coronavirus goes against the Public Service Management Code (PSMC), the Malta Union For Midwives and Nurses (MUMN) said on Sunday.

The union issued a notice on Sunday to its members, in which it said that it would not accept that quarantine leave be deducted from the vacation leave of its members. The union lambasted the authorities, saying that the system which was imposed without any consultation could have led to a situation where hospital staff would return to work after arriving in Malta without informing the Human Resources Department of their respective hospitals.

The union said that the imposed quarantine did not make sense and that such measures left it without any other options than to take measures to safeguard its members.

The union demanded that if quarantine was needed, this should not be derived from vacation leave of the employee. Further it urged the public health authorities to check if such quarantine is taking place. The union argued that if its members had to stay home in quarantine, then this should be deducted from quarantine leave. 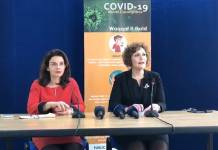 Those returning back from high-risk countries have been asked to place themselves under self-quarantine and remain at home for fourteen days before returning to work.

The union expressed its disappointment on the way Public Health was administrating the whole coronavirus contingency plan. It reiterated that this was being kept under wraps without any details being made public.

“The quarantine issue is a joke since Public Health is not actually checking on any staff which are supposed to be ‘under quarantine’. Members of MUMN reported to MUMN that staff arriving from Bergamo returned to work the following day of their arrival in Malta ignoring completely the quarantine ordered,’ the notice reads.

“The government is taking the situation very seriously”

In a reaction, the government has said that it was taking the threat posed by the new virus very seriously. In a statement on Sunday, the government said that pre-containment measures were already taken citing the fourteen days self-quarantine for those returning from affected areas as an example.

Further the government dismissed the claim that public service employees had to take days out of their vacation leave if they have to be quarantined. Referring to the PSMC, the government said it provides for paid quarantine leave.

It added that the public is being kept updated on the latest updates through press briefings and regular public interviews which are aired on different media.