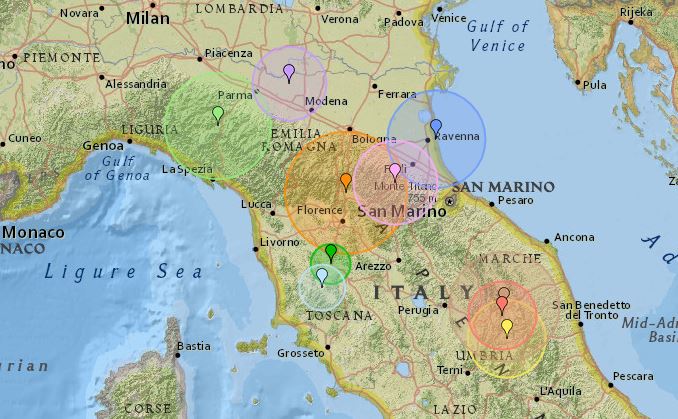 An earthquake hit north of Florence on Monday morning and led to trains across the country being cancelled or severely delayed, including those on the national high-speed line.

The tremor hit Italy’s central Apennine mountains at 3.30 a.m. (0230 GMT) with a magnitude of 4.8, the U.S Geological Survey said. There are no reports of casualties, the fire brigade said.

“Traffic is suspended, as a precaution, in order to allow the examination of the state of the infrastructure,” Rete Ferroviaria Italiana, the unit of the state-run rail company which manages the national network, said in a statement.

The company has to conduct checks on the line in the area if an earthquake is registered above a magnitude of 4.