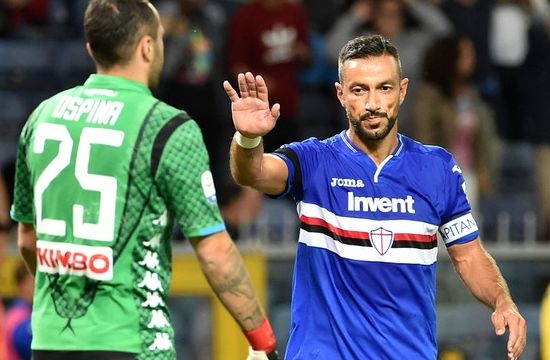 Fabio Quagliarella scored a wonderful goal with his back heel as Sampdoria triumphed over Napoli in yesterday’s Serie A match.

Napoli were searching for their third win of the season by failed to score against a resilient Sampdoria that scored three goals past former Arsenal goalkeeper David Ospina.

French striker Gregoire Defrel scored two first half goals for the hosts before Quagliarella produced a moment of magic as the 35-year-old former Napoli player redirected Bartosz Bereszynski’s low cross into Napoli’s net. It was Quagliarella’s first goal of the 2018-19 campaign after having scored 19 last season.

Coryse Borg   March 31, 2020
Washing hands need not be a boring and tedious chore. On the contrary, it can be fun, especially when accompanied by a lively tune.