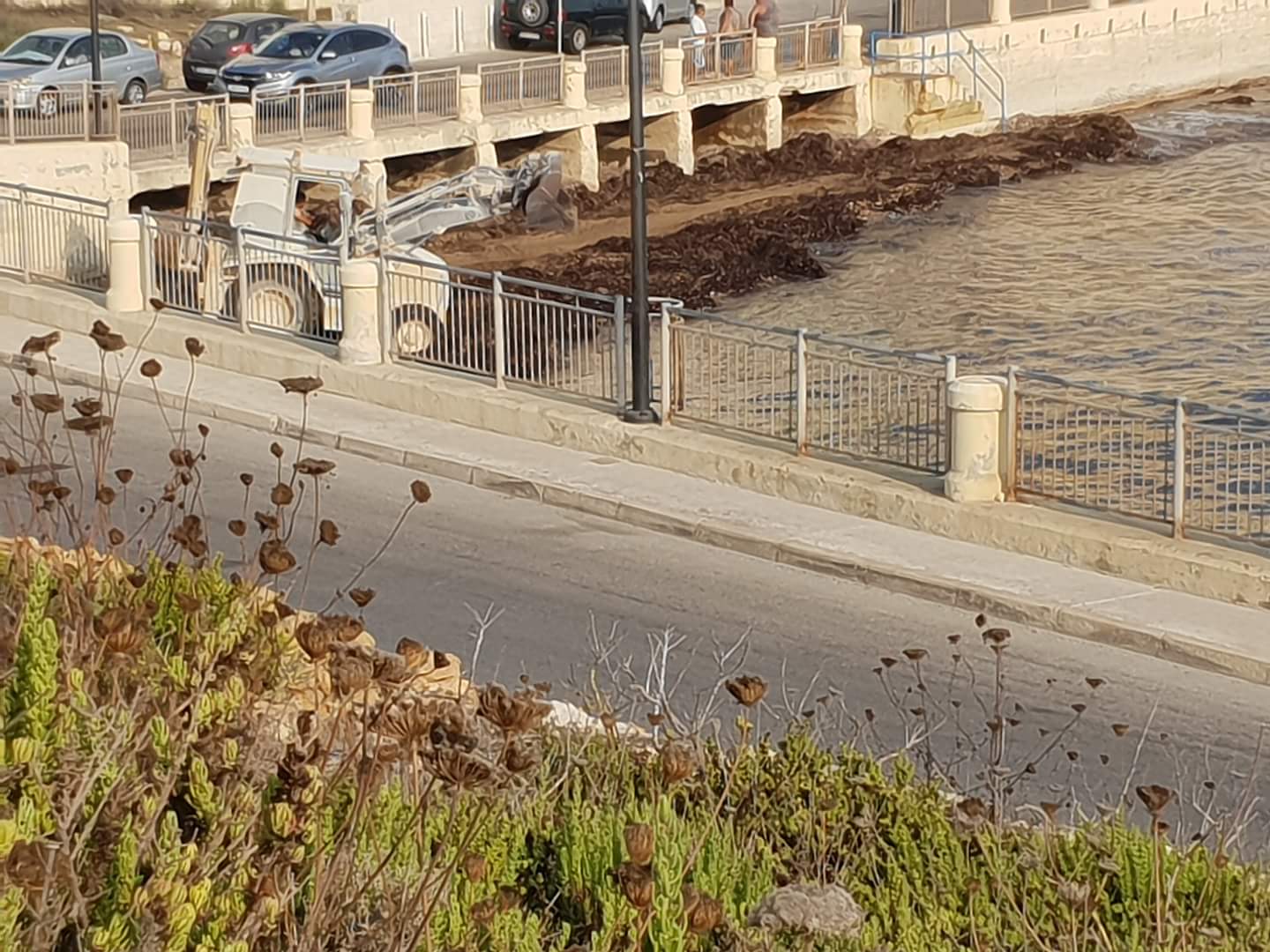 People planning to swim in Gozo’s Qbajjar Bay had the pleasure of watching a mechanical shovel clean up seaweed instead, the first clean-up in an entire summer.

This is what Newsbook.com.mt was told. A correspondent gave voice to her complaints, saying that it is unfair that a mechanical shovel is brought onto the bay to clean up the seaweed on a Sunday, a day when most would like to swim.

Firstly, he said that seaweed is a crucial organism, given that it produces a lot of oxygen. However, he understands that people wish to swim, which is why bays should be cleaned up in far less aggressive ways. It not only deters swimmers, but also causes great damage to the bay as it also picks up the sand underneath the seaweed.

He also went on to say that mid-summer is not an appropriate time to be doing this; May would be far more optimal, and would allow the seaweed to rest and protect the sand underneath for longer than if it were to be removed earlier.