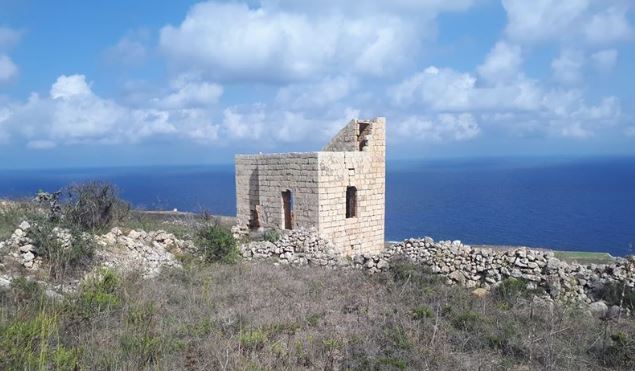 A permit to redevelop a 31 square-metre countryside ruin into a villa and a swimming pool on untouched land in Qala, Gozo, has been given the green light by the Planning Authority on Thursday.

The dilapidated dwelling is situated on land in Triq ta’ Gafan, Qala.

Qala’s mayor Paul Buttigieg stated that the permit should have never been granted, pointing out that all reports recommended its refusal. He added that he represented Qala’s interests at the Planning Authority hearing.

Buttigieg said that the community is shocked since the project was green lighted despite several objections.

The Environment and Resource Authority (ERA) stated that it considered any proposed development and other physical interventions at this site as unacceptable in principle. The environmental watchdog noted that permitting such proposals creates a precedent for further built-up structures within this sensitive area, which cumulatively would result in the uptake of land in the countryside for unacceptable urban uses, with consequential additional impacts on the rural landscape and the visual amenity of the area.

In its statement, ERA said that the site of the proposed development is located in a very sensitive rural location, pointing out that the site is directly within an Area of High Landscape Sensitivity (AHLS) atop a predominantly undisturbed rural coast. The existing stand-alone building appears to be an old traditional rural structure characterised by traditional features. This structure is an integral part of the character of the surrounding rural landscape.

ERA stated that the proposed development will result in over-development of the site. It will also result in land parceling and fragmentation of land, contributing to significant take-up of extensive tract of undeveloped rural land within the countryside.

The environmental watchdog warned against other impacts include the introduction of materials that are incompatible with the rural context and scenic qualities of the area. The introduction of light and miscellaneous disturbance on site and in the surrounding area will contribute to the ecological degradation of the wider area.

ERA chairman Victor Axiak, along with PN MP Marthese Portelli, NGO representative Annick Bonello and PA chairman Vince Cassar voted against the granting of the permit during today’s board meeting.

The permit was granted according to the rural design guidelines policy which allows for the redevelopment of ruins if proof of past residential use is submitted. A public consultation on this policy was recently launched, as the government aims to revise the policy.