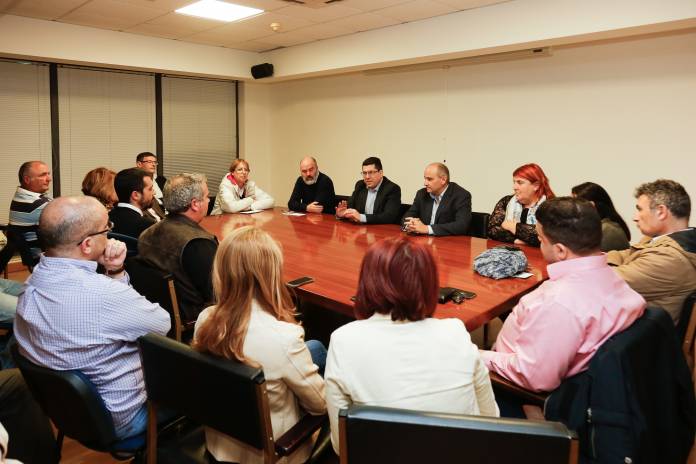 Local councillors elected on Partit Nazzjonalista’s ticket met at the party’s headquarters at Tal-Pietà. The meeting was called by the party’s Secretary General Clyde Puli, who will be holding a series of meetings with the Nationalist local councillors.

Puli is expected to seek re-election as PN secretary general in the upcoming internal elections. Partit Nazzjonalista leader Adrian Delia had tasked veteran politician Louis Galea with the writing of a report on the party’s reform. Galea is expected to finish four months ahead of schedule. This led to postponing the internal elections which will be held after the recommendations are adopted.

During the meeting, mayors, deputy mayors and local councillors had the opportunity to discuss the challenges they encounter during their work, Partit Nazzjonalista said. The elected officials highlighted that work undertaken by the government in their locality takes place without prior consultation with the local councils. They also spoke about finance issues which the local councils face, this is leading to a situation where they cannot fully operate and carry out their duties.

The President of Partit Nazzjonalista’s College of Local Councillors Charles Bonello was also present during the meeting.

‘Balluta Bay is under threat,’ councils and NGOs warn

‘The gratings are unsafe, an accident could be fatal’ – Fgura council

Amy Borg   February 28, 2020
The Valletta Cultural Agency has published a report carried out by KPMG providing insights on the impact of Valletta 2018, the European Capital of Culture. The report was launched during a press conference held on Friday at MUŻA.

Amy Borg   February 26, 2020
Reacting to yesterday’s press conference addressed by the office of the Superintendence of Public Health, the Malta Union of Midwives and Nurses, MUMN said it was proven right that Mater Dei Hospital and the country are not prepared for an outbreak of coronavirus.

Under Grain awarded a Michelin Star

Coryse Borg   February 28, 2020
Under Grain, in the first few months of its opening, has been awarded the very first Michelin Star in Malta.