An increase in the use of public transport was far from sufficient to increase the number of cars on the road, figures published by the National Statistics Office this afternoon show.

The Transport Statistics 2019, which assess the state of Malta’s transport during 2018, show an increase of traffic in Malta’s roads, seaways and airways alike.

An average of 73 vehicles per day were newly licensed in 2018, of which 55.7% were second-hand vehicles. By the end of the year, the number of licensed motor vehicles stood at 385,326, and that number has continued to increase since: latest figures show that the number reached 394,955 by the end of September.

Lack of infrastructure and transport alternatives the problem, not parking – AD

A total of 241,736 traffic-related contraventions were issued by police, wardens and Transport Malta officials, an average of 662 per day. In addition, speed cameras flagged 56,037 speeding vehicles, representing a daily average of 154.

The number of vehicles and passengers crossing between Malta and Gozo increased by 7.5% and 7% respectively in 2018. A total of 5.76 million passengers and 1.66 million vehicles made the crossing, in 23,619 trips.

Malta’s shipping registry remains the largest in the EU, but the stock of vessels registered under the Maltese flag actually decreased by 1.2% during 2018.

Passenger traffic at the Malta International Airport increased by 13.2%, while a longstanding trend showed no sign of abating as the UK and Italy remained the two most popular destinations, accounting for 13.4% and 14% of passengers respectively. 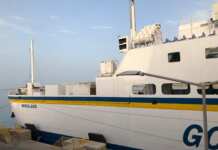