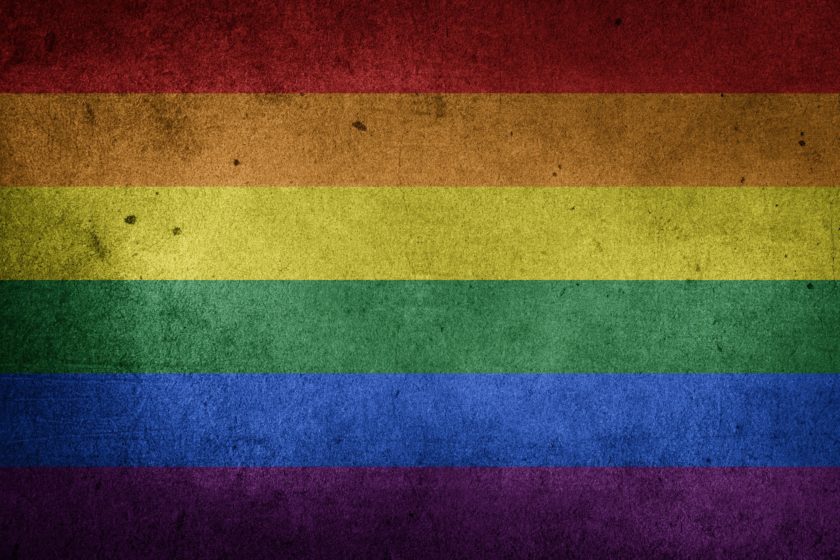 A new badge for businesses and organisations to show their commitment to LGBTI inclusion has launched today but the move is dividing public opinion.

The campaign ‘#Ilkollmerħba (allarewelcome),’ has been conceived and launched by the Ministries for Equality and Tourism and will see participating companies receiving a special symbol or sticker showing their recognition and respect for the diversity and equality of groups with different sexual orientations.

While encouraging companies to join the campaign, the LGBTI Chairperson Gabi Calleja explained that these entities were key to making Malta more inclusive and following the principles, ‘To respect universal human dignity, not to discriminate, to practise inclusion even in terms of representation of LGBTIQ persons in advertising campaigns.’

I thought labeling was something of the past

Despite calling on businesses to show their support for inclusion, some members of the LGBTI community and the public have called the campaign counter-productive and discriminatory, in effect reverting back to labels for people rather than transcending them.

One commenter on social media said that, ‘I’m trying to really hard to understand the benefits of such an idea. I find it discriminating and totally against what we as a community have fought for. This is embarrassing, this counter-productive, this is tagging. Let’s move away from tagging people for what they are and move towards building a society that gives every human being the tools to move forward on the basis of his/her merits. I thought labeling was something of the past.’

A fellow commenter explains that, ‘a sticker won’t solve a discriminatory problem,’ saying instead that, ‘an inclusive mentality policy and educated background, might perhaps give you the answers you seek.’

A third commenter leaned more towards the view that this was an effort ‘to cover up all the institutionalized homophobia,’

We have an edge

During the launch of the new logo, the Malta Tourism Authority Deputy CEO Leslie Vella explained that the participating businesses would also be appearing on a new website which would be focused specifically at tourists.

Vella added that, ‘We believe we have an edge as a country that is truly open for everyone and that we should use such advantage to diversify our tourism product.’

While welcoming the launch of the #AllareWelcome sticker campaign, the Allied Rainbow Communities says that the reactions were, ‘unfortunate … especially when they come directly from the LGBTQ+ community.’

‘Clearly, there is a divided sentiment on this Campaign which we believe is a complex deep-seated issue that our country is going through vis-a-vis the progress being made on the Equality agenda,’ ARC adds.

They do however stress that the move, ‘in no way should be invalidated.’

As for the process demonstrated in other countries, they say it is ‘a win-win situation for both business and clientele alike. We see value in such an initiative when taken up by the business without feeling pressured by the State to do so.’

Communities Manager for ARC Clayton Mercieca told Newsbook.com.mt that he’d never seen, ‘such a reaction before by people from the same community and that says something doesn’t it?’

Mercieca adds, ‘If we we all for it, it wouldn’t have been such a hot topic … This practice was something accepted around the world and praised but now it seems if we see it in Malta, we’ll diss it. Some say that it is the state’s role to educate the business….I think that is called a Nanny State … If business want to be truly LGBTIQ inclusive they initiate the process of educating themselves…we are currently working with a hotel to be more LGBTQ inclusive and it involves a set of actions’

A further commenter on the discussion explained that the idea of a sticker insinuated that being a member of the community ‘is an issue’ and was similar to restaurants and bars which are welcoming to dogs.

Another commenter was more  upbeat and positive about the move saying that ‘Malta was in dire need of raising awareness in favour of the LGBT community and making people lacking awareness, feeling security a very intolerant world!’

A blogger responding to today’s campaign stresses that while the campaign is effectively ‘nothing new’ given the uptake in other locations around the world, ‘discrimination still exists.’

They explain that while there is divided opinion over the necessity of these stickers in participating bars and restaurants, those people may not have experienced discrimination and therefore they shouldn’t assume that ‘every business in Malta is open to the LGBTQ community… I can tell you there are many who aren’t.’

‘Yes, Malta has made great strides for which it is and should be applauded, but don’t get on your “don’t label me” horse without understanding the facts. Discrimination still exists. Just because there’s a law against it doesn’t mean people abide by it. If that were the case there’d be no pollution, better drivers, safer construction sites and so on,’ they add.

Amy Borg   August 4, 2020
It was also mentioned how in other jurisdictions such as the Netherlands, Spain and Belgium, judges have annulled the dismissals when employers have not respected statutory collective dismissal procedures.

Reuters   August 4, 2020
Spain's former king Juan Carlos has decided to leave his country, a dramatic exit designed to protect the monarchy after a barrage of corruption allegations surfaced against him.