Additional powers are being given to the Superintendent of Public Health to deal with health crises such as the ongoing coronavirus pandemic in amendments to the Public Health Act that are being rushed through Parliament today.

In light of the situation, MPs have agreed to put the bill through all stages of the legislative process – which usually takes months – over the course of today’s sitting. The bill itself was only presented this afternoon, and has not yet been made publicly available on Parliament’s website.

The Public Health Act already empowers the Superintendent of Public Health to issue orders to deal with public health crises such as pandemics – in fact, Superintendent Gauci has issued numerous orders through legal notices in recent days, including seven issued yesterday.

Health Minister Chris Fearne explained that the proposed amendments consolidate and strengthen these powers to facilitate her role.

Though the opposition immediately pledged to back the bill, it presented a number of amendments, with MP Jason Azzopardi arguing that there were a number of shortcomings. Among other matters, the MP said that the way the bill empowered the Public Health Superintendent to change the opening hours of the Law Courts would inevitably lead to legal challenges.

His claims were initially rebutted by Justice Minister Edward Zammit Lewis, who accused Azzopardi of engaging in sophism, while Fearne stressed that the need to save lives was paramount.

However, the dispute was settled amicably as the bill went to committee, with Fearne acknowledging that the proposed amendments sought to strengthen the law. Though the amendments themselves are not being included in the bill, Fearne pledged to issue legal notices to address the matter in the near future.

“She has a huge responsibility on her shoulders; the decisions she makes can mean the difference between life and death. Through these amendments, we are seeking to make her task a little bit easier,” the minister said.

In his speech Fearne addressed the government’s plan to prefabricated field hospital in the coming weeks: for which a three-day call for tenders has been issued. 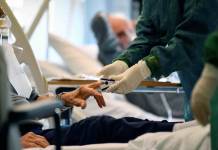 He noted that while there were enough trained medical professionals to deal with a potential surge in coronavirus cases, the number of ITU beds was more limited, and he did not wish to see people denied treatment as a result.

“I hope we are spending this money in vain,” the minister said. “But if the need arises, we will be prepared.”

But as one may have expected, the opposition questioned why this potential shortfall was not covered through the three public hospitals which are being managed by Steward Hospital.

Opposition Leader Adrian Delia noted that according to the concession on the three hospitals, 400 beds at St Luke’s Hospital and an additional 450 beds at the Gozo General Hospital should have been ready by now. He said that the outbreak was an occasion for Steward to show their worth, and questioned what the country had gained through the millions the company has been paid.

However, Fearne defended the company’s conduct, noting that it was fully cooperating in efforts to boost facilities

After an unexpectedly small number of new cases – just three, in contrast to 17 the previous day – of Covid-19 were announced in today’s daily briefing, Fearne and a number of other MPs joined Gauci in warning against complacency. 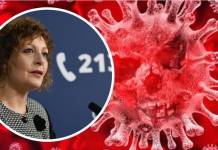 In her speech, Nationalist MP and physician Maria Deguara noted that while traffic dropped sharply as the outbreak reached Malta, it appeared to be increasing again in recent days.

“People can easily forget, and are already starting to let their guard down. Many refuse to believe the truth until it affects them,” she warned.