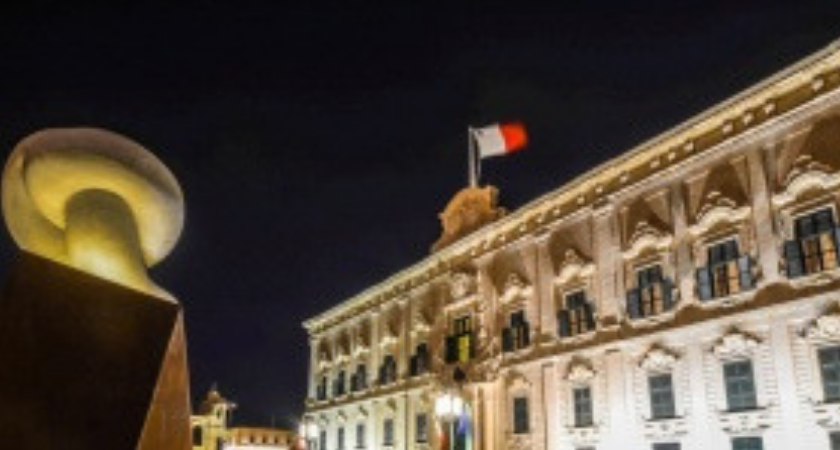 A combination of salary improvements including new civil service collective agreements, better cost of living allowance and a redeemable €7,000 annual allowance were the cause for Parliamentary Secretaries appearing to be getting higher wages, the government has announced.

This did not constitute a secret pay-rise, Principal Permanent Secretary Mario Cutajar told the media at Castille today.

Cutajar referenced a payment structure from 2013 which he said was “identical to that introduced following the change in government in 2013.”

The Civil Service Chief also stressed that there had been a lot lacking in terms of Cabinet members declaring their assets.

This announcement from Castille comes in the wake of Nationalist MP Jason Azzopardi claiming that Parliamentary Secretaries were receiving €60,000 per year. This sum was over €18,000 more than the 2013 salary of €42,232.

Azzopardi had cited the declaration of assets filed by Parliamentary Secretary Silvio Parnis in 2013, as well as a report from the Shift. 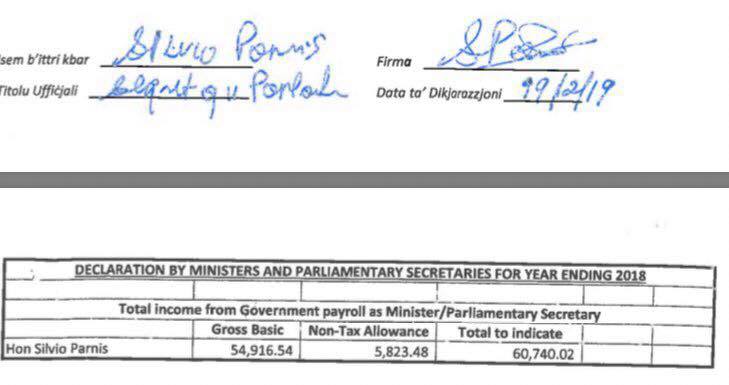 The Shift News had previously reported that two Parliamentary Secretaries’ salaries had increased between 2017 and 2018.

The media outlet reported that the PS for Financial Services, Digital Economy and Innovation had received a pay-rise from €33,895 to €60,796, while Deo Debattista Parliamentary Secretary for Local Government and Communities had seen a jump in salary from €33,910 to €60,796.06.

These jumps in salary were reflected on their income declarations.

The Shift reported that the government’s Press Release saying that the €33,900 salary in 2017 had only reflected half a year’s salary.

They explain that if this was true, then both junior ministers wouldn’t have earned any money in the first half of 2017, that is until they became Parliamentary Secretaries at the end of June of the same year.

They stress that both were MPs to start with and would’ve been receiving a sum of €1600 a month as they MP honoraria, in addition to other sources of income.

According to Scale 1 of the Pay Packages from key positions in Parliament, the Parliamentary Secretary is expected to receive a salary 105% of Scale 1, €36,314.25. This is the same level as the Speaker and Leader of the Opposition. 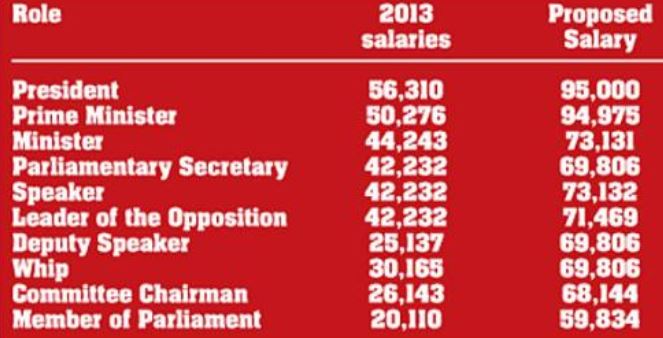 Is government trying to deceive the population?

Azzopardi wasn’t the only person to raise the issue of Parnis’ salary. The Independent Candidate Arnold Cassola raised concerns about not only Silvio Parnis, but also the Parliamentary Secretary for Reforms, Citizenship and Simplification of Administrative Processes Julia Farrugia Portelli.

According to her income declaration, she too was earning around €60,000.

“I do not know of any imbecile who declares more money that s/he earns to the income tax department. Could the trick be the following: 40,000 Parliamentary Secretaries’ salary PLUS 20,000 MP salary?” Cassola had written.

Cassola has subsequently requested that the Standards Commissioner investigate pay-rises for Ministers and why it had not been made public.

The former Alternattiva Demokratika leader also asked the justification for the raise given the average increase for citizens being only €3 a week, as well as if action would be taken.

The Shift states that requests for asset declarations from Cabinet Ministers have not been answered.

The Chief Civil Servant explained that Azzopardi’s statements about PS’ pay rises were false, stating that following the entrance of the Labour government, a fixed sum of €5,823 was introduced. This former method had allowed both Ministers and Junior Ministers to 20% more of their salary.

With the salaries placed at Scale 1 of the Maltese Civil Service, this meant that these salaries were revised upwards to around €800 every year.

PS and Opposition leader salaries should be equal

According to the Labour Party, Azzopardi used to be paid €22,000 more than today’s Parliamentary Secretaries.

The PL said that, ‘the only difference is, is that after the change of government in 2013, the pay increase was removed meaning that Parliamentary Secretaries are now paid much less”.

On Facebook, Azzopardi said, “today Parliamentary Secretaries earn €20,000 more than the Opposition Leader, when it should be equal.”