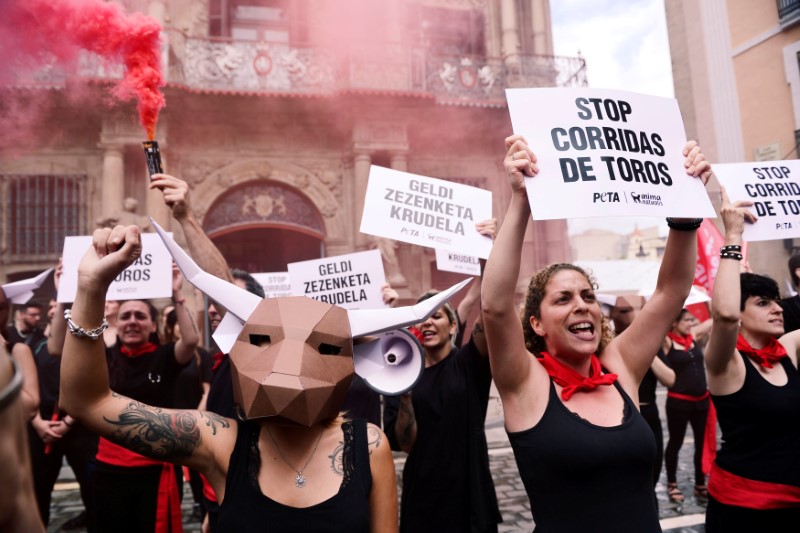 Dressed in masks and holding up banners, dozens of animal rights activists staged a protest against bullfights in Pamplona on Thursday, ahead of the northern Spanish city’s famed San Fermin festival.

The event’s daily running of the bulls draws tourists from around the world to see runners leading the animals through the city’s streets. Bullfights are held in the evening.

Standing outside Pamplona’s city hall, demonstrators held up “Stop bull fights” signs and shouted slogans such as “Fiestas without blood” during the protest, organised by animal rights organisations AnimaNaturalis and PETA.

“We want to let everyone know … that all the bulls that run in the morning in the bull runs are then driven to the bull rings in the evening,” AnimaNaturalis director Aida Gascon said, describing bullfighting as “torture” for the animals.

Protests are held each year ahead of the week-long festival, which begins on Friday.

Organisers have not commented directly on welfare issues cited by activists.

Pamplona’s mayor Joseba Asiron said in a recent interview he could not imagine the festival without bulls, but suggested the actual fight might disappear in future.

Others in Pamplona also said they could not imagine the fiesta without the animals.