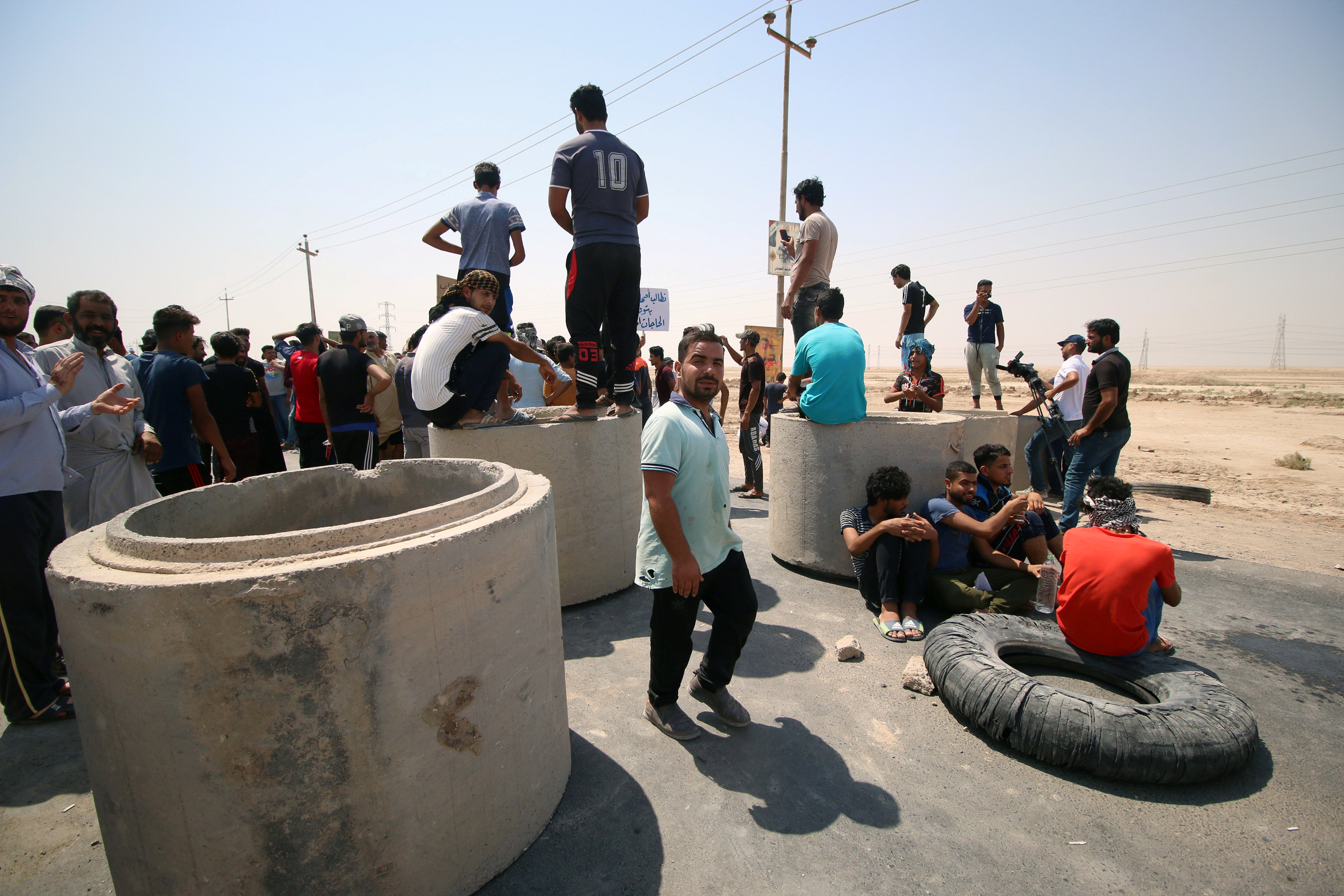 Growing anger has put a spotlight on the performance of Prime Minister Haider al-Abadi, who is seeking a second term after a May 12 parliamentary election, which reflected widespread discontent over hardships and corruption.

The crumbling oil hub of Basra and others parts of the Shi’ite heartland south have long been neglected, first by Sunni dictator Saddam Hussein and then Shi’ite-led governments after him. Similar protests have occurred in the past.

This time the unrest is more widespread and demonstrators have for the first time attacked provincial government headquarters and even buildings belonging to powerful Shi’ite paramilitary groups. Three demonstrators have been killed in clashes with security forces and dozens were wounded.

Abadi has announced that his caretaker government would release funds for water, electricity and health services in Basra, once dubbed the “Venice of the Middle East” for its network of canals.

Monday’s demonstration has not affected operations at Siba, which is run by Kuwait Energy PLC, Siba officials said.

“We have demonstrated near the field to press the company to give us jobs. We are living nearby and watching every day hundreds of workers here sitting jobless and can hardly give food to our children,” said Salim Khasbawi, who is unemployed.

Residents of the southern oil-exporting city of Basra have gathered at the main gate to three major oil fields — West Qurna 1, West Qurna 2 and Rumaila.

Any disruption could have a severe impact on the country’s limping economy and push up global oil prices.

Anger is mounting at a time when politicians are struggling to form a government after the election, which was marred by allegations of fraud that prompted a recount.

The political bloc led by populist cleric Moqtada al-Sadr came first in the election after promising to ease poverty, create jobs and fight corruption. There have been no reports of attacks directed against Sadr’s political bloc or followers.

In the past many of the protesters in the south supported Sadr, who made a remarkable comeback in the election after being sidelined for years by Iranian-backed rivals.

Troubles in the south may give him an edge in negotiations for a new administration by highlighting the failures of current leaders.

Sadr, the son of a revered cleric killed for defying Saddam Hussein, will not become prime minister as he did not run in the election but his victory puts him in a position to pick someone for the job.

Protesters have been emboldened by Grand Ayatollah al-Sistani, the top Shi’ite cleric in Iraq, and the most influential figure in the country.

In a Friday sermon broadcast live on television, he expressed solidarity with protesters, saying they faced an “extreme lack of public services”.

Aside from demonstrating at the gates of the symbols of OPEC producer Iraq’s oil wealth, demonstrators also shut down the Umm Qasr commodities port, which receives grain, vegetable oils and sugar shipments.

Port officials said it is expected to re-open on Monday or Tuesday after a deal was struck with protesters.