President Emeritus Marie-Louise Coleiro Preca on Newsbook.com.mt and 103 Malta’s Heart, speaks about the necessity of criminalising those who seek the services of prostitutes.

In the interview she emphasises that prostitution is not a career choice but rather a final resort of the most vulnerable in society. President Coleiro Preca rails against those who seek to portray prostitutes as anything but exploited, adding that liberalising without criminalising those who seek prostitutes will only help the human traffickers and the pimps.

President Emeritus Marie-Louise Coleiro Preca has voiced serious concern on the direction Malta seems to be taking on the issue of prostitution. In a very rare voicing of opinion, President Coleiro Preca said that prostitution is the exploitation of the vulnerable by those in society who are better off. “Of course it is not just another job,” said Coleiro Preca in a very irate tone. She was interviewed on What’s On Newsbook on 103 Malta’s Heart.

President Coleiro Preca, whose background is strongly based on social policy said that the alarm bells tripped off on this matter when she noted that the committee appointed to spearhead this reform contained no experts in the field. She said that this in itself is indicative of the way the reform is being approached.

“These are vulnerable people. They do not go into prostitution out of choice but out of constraint,” said President Coleiro Preca, putting paid to those who try to normalise prostitution as ‘sex-work’.

Those who seek out prostitution should be criminalised

President Emeritus Coleiro Preca said that the discussions had all been centred around the Nordic Model which penalises, criminalises in effect, those who seek the services of prostitutes not the prostitutes themselves.

“The countries which adopted this model saw a dramatic decline in prostitution. If we liberalise the market without criminalising those who seek paid sex, we will be playing into the hands of the pimps and the traffickers,” warned President Coleiro Preca.

She emphasised that prostitution is all about human trafficking and exploitation. President Emeritus drew an analogy: it is like the way we opened up to foreign workers without regulation – many of these ended up exploited.

“This is what will happen if we do not criminalise those who seek to pay for sex,” said Coleiro Preca. 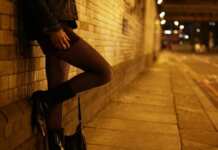