The proposed drafts of the ‘Equality Act, 2019’ and ‘Human Rights & Equality Commission Act, 2019’ do not resolve healthily the existing dichotomy between the right to equality and the protection of difference of persons and institutions, stated the Association of Independent Schools, ISA.

In a statement explaining its concerns, the ISA also noted how it seems that the proposed Equality Act leans heavily towards the right to equality without giving enough space to the protection of difference and the right of persons and institutions, public and private, to exhibit religious freedom or to construe their ethos on a values-based approach.

Unfortunately, this lessens the equality and liberty for some, while increasing it for others, said the Independent Schools Association.

The following are some of the concerns raised by ISA; 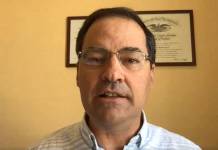 The ISA concluded its statement that it believes that its concerns need to be amended and has called for reference to the European Convention of Human Rights to be introduced. It also stated that as an association it is willing to explain further its concerns and proposals to the Parliament House Committee.