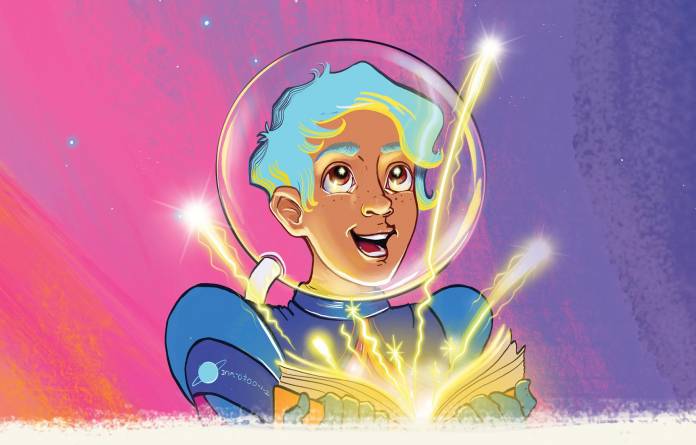 The programme includes more than 90 events and activities spread across five days, ranging from book launches and presentations, conferences and discussions, short-film premieres, workshops, seminars and entertaining activities for children.

It has been set up by the National Book Council in collaboration with a number of partners such as publishers, authors, booksellers, student organisations, NGOs and public agencies with ties to the book industry. The daytime programme is particularly aimed towards students and children who remain a very important audience group for the Festival’s reach.

This year’s key international guest is Judge Rosemarie Aquilina, most notable for presiding over the 2018 USA Gymnastics sex abuse scandal. The daughter of Maltese father and German mother, she is also an outspoken champion of women’s rights inside and outside of the courtroom, and the author of two crime thrillers Feel No Evil (2003, Porch Swing Press), and Triple Cross Killer (2017, Fiery Seas Publishing). Aquilina will be participating in a number of activities providing the public with an opportunity to get to know the prominent judge and writer.

The Festival opens on Wednesday 6th November with the conference ‘Strange New Worlds’, this year surrounding the role and perception of sci-fi and fantasy literature in the literary world. The discussion will be led by Maltese translator and sci-fi writer Mark Anthony Fenech. The participating guest authors are Loranne Vella, the Brussels-based Maltese writer and winner of the 2018 National Book Prize with Rokit (Merlin Publishers); Malta-born and UK-based author Jon Courtenay Grimwood; American novelist Kali Wallace; and Irish writer Dave Rudden. Each of the guests will also be engaging with the public in a number of activities dedicated to their literary output.

Among the more notable events organised by the NBC, Friday 8th November will see the announcement of the Doreen Micallef National Poetry Contest winners in an awards ceremony featuring readings by Nadia Mifsud and Louis Briffa.

Two new audio-visual productions featuring Dr Alfred Sant’s work on screen will be premiering on Saturday evening. The short-film Ġulina, directed by Peter Sant, is an adaptation from the short-story of the same name and is being financed by the NBC Literary Short-Film Contest. The screening will be followed by the first episode of the new docudrama series ‘Storja ta’ Storja’, produced by Sajjetta.

Dr Lillian Sciberras’ contributions to Maltese literary culture, for which she has been recognised with the 2018 National Book Prize Lifetime Achievement Award, will be celebrated in event dedicated to the author.

Book launches and presentations remain a staple of the Festival. Among them, will be new publications by exhibitors BDL, Faraxa Publishing, Għaqda tal-Malti – Università, Horizons, Merlin Publishers, Midsea Books and Klabb Kotba Maltin. Other notable book presentations include Tritoni – The Rebirth of an Iconic Fountain, which is being presented by the Ministry for Transport, Infrastructure and Capital Projects, and provides a historic account of the landmark and its social impact.

Among other books, the Italian Cultural Institute is launching Sotto il Fuoco, the Italian translation of Ġużè Ellul Mercer’s Taħt in-Nar, with a presentation by Dr Arnold Cassola. Upon the invitation of the Spanish Embassy in Malta, the author of historical fiction Jorge Molist will be presenting a novel set in 13th century Malta and, together with Dr. Alfred Sant and Jon Courtenay Grimwood, moderated by Maltese historian Vincent Zammit, will be discussing the significance of the historical novel in the Mediterranean.

Numerous events for children throughout the week

As in previous years, the NBC makes it a point to encourage children to read and familiarise themselves with the book culture. A number of exhibitors including Malta Libraries, German-Maltese Circle/UM Department of German, Milan Haluska, Faraxa, Merlin Publishers and Foreign Language Learning are organising events for children throughout the week. A troupe of actors led by Antonella Axisa will be performing daily morning shows aimed at visiting school children; these performance are adapted from books awarded the 2018 Terramaxka Book Prize.

On Friday morning, writer and actor Dave Rudden will make a special appearance for secondary school students, reading and reenacting excerpts from his award-winning fantasy trilogy. During the ‘Reading Champions’ events organised by the National Literacy Agency, children who have excelled in reading or inspired others to read will be awarded and celebrated.

Following the success of the past few years’ shows, DANUSAN will be once again putting up their playful performance ‘Il-Kotba Jieħdu l-Ħajja’ (Books Come to Life), this year based on the winners of the 2019 Terramaxka Book Prize, which will be announced during the Festival’s opening ceremony on the 5th November. The three DANUSAN shows (Friday at 7.00 pm, Saturday at 8.00 pm and Sunday at 3.00 pm – Republic Hall, MCC) offer hearty family entertainment and aim at promoting the importance of books and reading.

New to this year’s edition, the public will be able to visit the Malta Book Festival hassle-free on all days of the festival by making use of a free-of-charge shuttle service to and from Bay A, Bus Terminus, Valletta. The service will run every half hour and is being sponsored by Malta Public Transport.

Members of the public may follow the Council’s website and the Malta Book Festival 2019 FB page for updates and more details, as well as the festival’s opening hours. Tickets are available for purchase online.

The full programme may be accessed here.

Watch: “Stories can be both a mirror and a window”

Watch: “Every single walled city in my books is Valletta”

Join the Faraxa fun at the Malta Book Festival