Professor Oliver Friggieri has passed away at the age of 73.

Friggieri has contributed to the Maltese literary history and was synonymous with poetry in Malta.

Throughout the years he has been awarded several titles including the Malta Government Literary Award.

Prof. Oliver Friggieri was born on the 27th of March 1947, in Floriana. 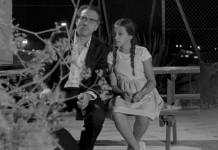 On social media, this afternoon family and friends bid farewell to Prof. Friggieri.

On Facebook, Professor Ġorġ Mallia, who is the head of department at the Media and Communications Department within the University of Malta, published a protrait of Prof. Friggieri.

“He was my mentor when, as an eighteen year old I sought a place among those who studied literature. He was my lecturer in my undergraduate years, and again, a respected mentor as I poured my heart out in poetry and prose,” wrote Prof. Mallia.

He continued to describe Prof. Friggieri as “the man, the professor, the poet, the novelist, the philosopher… the master.”

Both the Labour Party and the Nationalist Party have issued a statement to pay tribute to the giant of Maltese Literature.