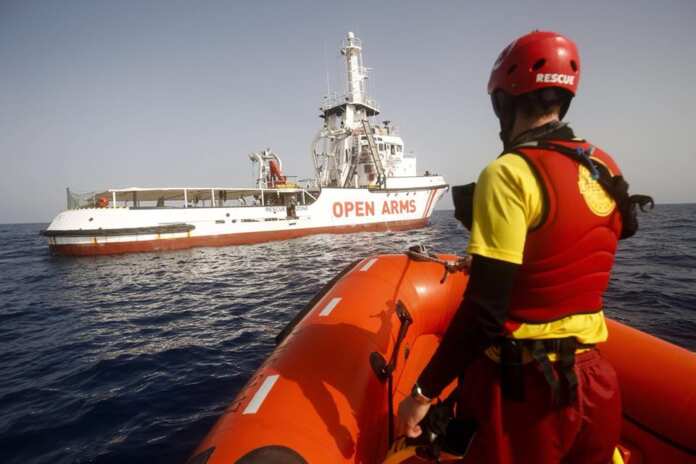 The Spanish search and rescue NGO Proactiva Open Arms said that it is currently blocked in a port in Barcelona in Spain. This means that the NGO’s vessel will not be able to leave to the Central Mediterranean.

According to the Organisation, the Maritime Authorities in Barcelona did not give them permission to leave saying that if other States are not living up to their obligations to save human life, then Spain shouldn’t intervene.

In a separate Tweet, the NGO’s founder Oscar Campos said that it is cruel and irresponsible that an NGO is stopped from saving lives. He continued by saying that in January 2018, 243 people lost their lives and until yesterday 7 dead bodies washed up in Sirte in Libya.

The Proactiva Open Arms vessel operates between Libya and the South of Europe helping asylum seekers who would have run away on boats and dinghies and encounter difficulties at sea. Many times, they would have left from Libya.

On the 28th December, the ship went back to Spain with 311 migrants aboard who were saved a week before but were refused entry to Malta and Italy. The ship went to Barcelona where it took on provisions and had to leave again on the 8th January, but the authorities have blocked their departure.

A statement by the Ministry for Public Works responsible for the Authority said that Open Arms does not follow numerous international laws for sea rescue. The statement also said that the ship operates in a region which Spain has no jurisdiction over in terms of rescue. It was explained that due to the ship’s lacking permission to dock in countries close to where it operates, they have to be at sea for many days until the migrants are allowed to leave the ship, which puts the crew and passengers at risk.

In June 2018, the Spanish Prime Minister Pedro Sanchez had allowed the ship Aquarius of the NGOs SOS Mediterranee and Medicines San Frontiers dock in Spain with 600 people aboard.

Over 55,000 migrants arrived in Spain by sea during 2018 according to statistics released by the Office of the United Nations High Commissioner for Refugees (UNHCR).