32 entities including non-governmental organisations and foundations have called on the government to prioritise life and allow the disembarkation of asylum seekers stranded out at sea in a joint statement on Monday.

Two separate groups of migrants remain stranded at sea – a group of 57 asylum seekers remain on board Captain Morgan’s Europa II which was chartered by the government and a second group of asylum seekers were rescued by Marina, a merchant vessel. 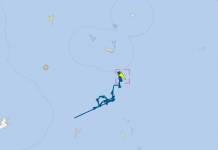 The NGOs referred to statements made by the authorities in which they stated that the group of 57 migrants would remain on the chartered vessel until there are concrete commitments for their relocation from other European states.

“Although the migrants aboard the Europa II have been provided with food, water, basic supplies and emergency medical care, this is nowhere near enough to fulfill Malta’s international human rights obligations. This action by the Maltese government directly undermines the protection of human life at Europe’s borders,” the NGOs said.

Maritime experts doubt Europa II’s ability to do the job

The organisations pointed out that the Italian authorities continued to carry out search and rescue operations despite Italy having declared its port unsafe to migrant landings. They acknowledged that both Malta and Italy were facing challenges since they had to deal with arrivals with little or no support from other member states.

“These challenges cannot be used as an excuse to abdicate our responsibility to save lives and to ensure that the rights of all within our jurisdiction are safeguarded. This duty is not only a legal but also a moral imperative which can never be subjected to political conditions, such as the availability of concrete offers of relocation. While it is no doubt important to safeguard public health and secure our national borders, this cannot, and should never be, at the cost of the life or safety of others, especially those fleeing conflict zones and seeking refuge.”

The NGOs have appealed to Member States to act on the basis of the principle of solidarity and fair sharing of responsibilities.