The ceremony will be presided over by President George Vella and will be held at the Presidential Palace in Valletta. Abela is then expected to walk along Republic Street to the Office of the Prime Minister.

Disgraced outgoing Prime Minister Joseph Muscat will formally resign from Prime Minister before the ceremony on Monday early afternoon, bringing to an end just under seven years at the helm, half-way through his second term. 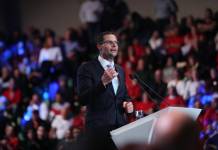 Backbencher and legal consultant to the government Robert Abela was elected following an unexpected leadership race after outgoing Prime Minister Joseph Muscat announced he will step down in December when murder suspect, Electrogas director and 17 Black owner Yorgen Fenech was arraigned in court in relation to Daphne Caruana Galizia murder. Abela won against the Deputy Prime Minister and Health Minister Chris Fearne.

The political crisis had also sparked the resignation of Minister Konrad Mizzi who had been named in the Panama Papers and Muscat’s closest aide, Keith Schembri. The latter, is under police investigation over tampering of evidence, the phantom job given to self-confessed middleman Melvin Theuma and Caruana Galizia’s assassination. 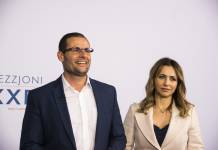 Muscat had told the EP fact-finding mission that he felt “betrayed” by Schembri. Despite calls to step down immediately, Muscat gave himself week notices and claimed that a new Labour leader had to be chosen before he could resign.