The Prime Minister said that it’s clear that the rate of transmission in 4 countries has increased: in Switzerland, Germany, France and Spain. Therefore, as from midnight today, all travel to these 4 countries will be prohibited. As is the case for Italy, only cargo trips will be allowed.

This was announced in a press conference addressed by Prime Minister Robert Abela and Health Minister Chris Fearne at 2.15 pm in Castille.

Whoever arrives from these 4 countries self-quarantine is mandatory and this comes into effect as of today, Wednesday 11th March. All travellers who arrived back to Malta from Italy, China and the rest of the affected countries and areas are obliged to stay in self-quarantine for 14 days upon their arrival.

Whoever does not follow this rule will be fined €1,000. Police will be doing random spot-checks on the people arriving from these countries.

The Government will launch a service to provide those in quarantine with groceries and medicine.

The Prime Minister said that help will be given to those stuck in these countries after midnight today. He appealed to the public not to travel unnecessarily. The Prime Minister also encouraged the elderly to remain in their homes unless they have to go out. 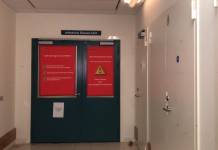 The Prime Minister was supposed to have a meeting with the Chamber of Architects, but this was cancelled.

The Superintendent for Health Charmaine Gauci already addressed a press conference about coronavirus this morning. The sixth case in Malta was announced today. 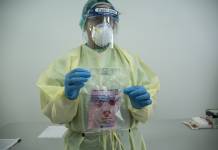