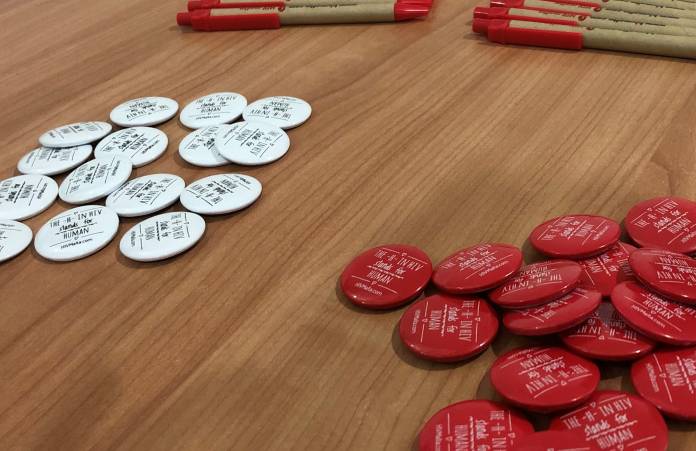 The newly-elected Malta LGBTIQ Rights Movement (MGRM) committee has revived its years’ old commitment to ensure that human rights apply equally to everyone, including people living with HIV (PLHIV).

MGRM marked this success at Pjazza Tigne during an event organised by the Malta Medical Students Association.

Despite 2019 being a strong year in terms of activism, the movement said that it remains a poor year in term of actual national health policy relating to HIV. The website statistics indicate that people want to know their status, they want to protect themselves, and those living with HIV wish to read about treatment and ways to cope with living with HIV.

February 2019 saw the launch of a flawed Request for Proposals (RFP) which was interpreted by many as an attempt to privatise HIV-related prevention and care.

“We can no longer accept that treatment which is no longer recommended by European AIDS Clinical Society and the World Health Organisation, continues to be distributed to PLHIV. Equally, it is not acceptable that PrEP-trials have never been held in Malta, with PrEP remaining difficult to access by at-risk individuals. HIVMalta reconfirms its objections to this RFP. Meanwhile, we expect that the RFP may be relaunched late this year, yet we have not been consulted on any of our original objections,” according to MGRM

Through the Rainbow Support Services, MGRM provides free support to, amongst others, people living with, or affected by HIV. The new year will see the launch of peer groups and buddy systems for PLHIV. They say that they remain committed to a constant dialogue with health professionals and policymakers to ensure that everyone is afforded the same dignity and standards worthy of a citizen of a modern European state in 2020.

MGRM re-entered the debate in September 2019, the same month in which Checkpoint Malta was set up. On the other hand PrEPingMalta.com was already actively campaigning for access to PrEP, and advocating for the rights of PLHIV long before PrEP was even being imported and sold in local pharmacies. The launch of their campaign was accompanied by a new website HIVMalta.com, which has accumulated over 3,000 page views, with its three most popular pages being the pages on PrEP, Living with HIV and Testing.

This content was supplied by the Malta LGBTIQ Rights Movement