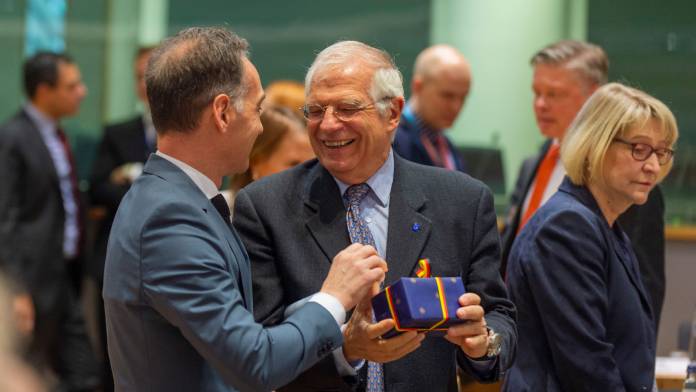 The pressure is piling up on the European Council’s meeting to take action on Malta during its summit this Thursday and Friday. Earlier Thursday EU Parliament President Charles Maria Sassoli sent to Charles Michel the President of the European Council a letter with a report asking for action about Malta.  The report was written by Juan Aguilar and Sophie In ‘t Velt following the mission of the EU Parliament to Malta

In a second letter, the European Parliament calls on EU Commission President Ursula von der Leyen to initiate investigations into Malta in the context of proceedings under the rule of law. On Tuesday next week, the European Parliament in Strasbourg will debate a resolution on the situation in Malta. The resolution will be voted on Wednesday next week.

In an exclusive interview with Newsbook.com.mt Sophie In ‘t Velt who criticised the European Council. She also said that the institutions are not working in Malta because had they been working Daphne Caruana Galizia would not have been assassinated.

Sven Giegold, spokesman for Bündnis 90/Die Grünen in the European Parliament, said that “The EU summit must not remain silent about the problems of the rule of law in Malta. European governments must not turn a blind eye to the culture of impunity for corruption and financial crime in Malta.

The President of the EU Parliament told von der Leyen that the findings of the mission sent to Malta are very concerning and require urgent action. He adds that the state of the murder investigation and political developments in Malta require a prompt reaction from the Commission.

Sassoli said that the concerns expressed in the March EP resolution, echoing those in the reports of the various bodies of the Council of Europe (Venice Commission, MONEYVAL, GRECO, PACE), the European Banking Authority and the European Commission itself, have not been allayed.

“We fear the separation of powers may be under threat, and very serious crime investigations may well remain unresolved. This will compromise EU police and justice cooperation, the integrity of the Schengen area, the internal market and all other EU policy areas that rely on mutual trust and respect for the rule of law.”

The EP Parliament once again urged the Commission to activate the procedure at the shortest possible notice, and take any other steps that will contribute to ensuring the rule of law is fully upheld in Malta.