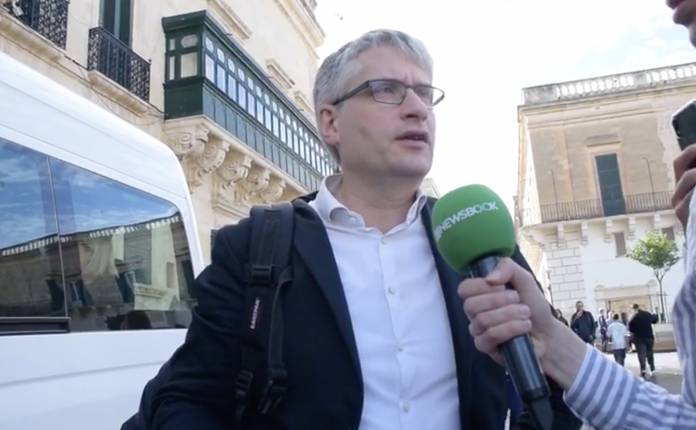 MEP Sven Giegold said that the steps being taken against Keith Schembri are a direct result of the pressure made by the civil society following Daphne Caruana Galizia’s murder.

Giegold issued a press release, in which he showed his satisfaction that “finally, something is moving in the fight against corruption in Malta.”

He said that apart from civil society, international media publications by the Daphne Project are also to be thanked. He recounted how delegations from the European Parliament visited Malta numerous times to press for investigations. Each time, he said, Brian Tonna, Karl Cini and Nexia BT refused to have a discussion with MEPs. Giegold said that they were right to keep persisting.

In spite of the steps being taken, with Schembri’s assets being frozen and him being arrested yesterday, Giegold believes that there is more to be done with regards to the investigation of Daphne Caruana Galizia’s murder and the fight against corruption. All those involved should be investigated. Giegold stated that too little is happening, and too slowly. Just because individual cases are solved, the whole problem is not solved. According to the MEP, Malta needs institutional reforms in order to strengthen its rule of law.

Giegold’s last words on the issue were that the European Parliament will keep monitoring the situation to see how it may help to solve it.

On Monday
Court orders freezing order on Schembri, Nexia BT, among others

Caruana Galizia’s son Matthew wrote on Twitter yesterday evening that a second asset freeze was ordered against Keith Schembri. He was released on police bail at around 9pm.