The Superintendent for Public Health, Prof. Charmaine Gauci said that no coronavirus cases were reported in Malta so far during a press briefing on Tuesday afternoon.

Prof. Gauci delivered the press briefing on the latest news regarding COVID-19. During the press conference, the Superintendent for Public Health explained that by keeping an eye on the latest developments abroad, the country could prepare itself better. Not everyone who was diagnosed with the virus, was recovered in hospital and 80% made a recovery, Prof. Gauci explained.

The number of people tested for coronavirus has reached 56, the health authorities said on Tuesday. However, all swab tests had come back negative. Prof. Gauci explained that there had been a total of 56 individuals who had shown signs of the new virus. This led to a swab test, for which none had tested positive, she said.

She further explained the three-tier level of governance adopted by the government in the pre-containment stage. These include a technical committee, an operational committee and a Cabinet Strategic Committee. Each of these committees is operating at a different level ensuring that the country is prepared at this stage and also for eventuality of having cases reported in Malta.

No longer under mandatory quarantine

Prof. Gauci informed the media that the three individuals who were stranded on the cruiseliner which was refused docking over a possible coronavirus break on board were no longer under mandatory quarantine after they showed no signs or symptoms of the respiratory disease. 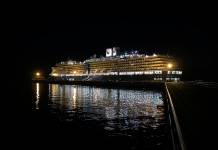 The Westerdam had been denied entry by several Asian countries over concerns of an outbreak of Covid-19, the name given to the disease caused by a novel coronavirus strain first identified in Wuhan, China. At least one passenger has been confirmed to have contracted the virus. 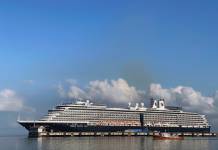 Reacting to concerns voiced by the Medical Association of Malta (MAM), Prof. Gauci said that the current decisions are being taken in proportion to the risks.

People travelling to and from affected countries are being asked to stay home for fourteen days. However, the health authorities are not monitoring the situation. 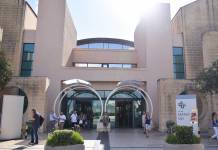 During the press conference, Prof. Gauci said that the local authorities continue to be in touch with their European counterparts to ensure any measures, including those related to the vaccines are also implemented in Malta. She explained that Malta is participating in a joint procurement on protective personal equipment and even on the vaccine once this is developed and released on the market.

During the last press briefing it emerged that the health authorities did not have the exact number of people in self-quarantine.

Dr Chris Barbara who heads the pathology department also addressed the press briefing. He explained the role of the biomedical laboratories at Mater Dei Hospital and the work undertaken so far. Dr Barbara also said that since this is a novel RNA virus it continues to mutate. Such cases have been found in strains isolated from person to person transmission in China and person to person transmission in Europe.

On Monday, the government announced that all those who suffer from respiratory problems and have travelled to any of the listed countries over the past two weeks should get in touch with their doctor.

In a statement the Health Ministry said that patients suffering from a upper tract respiratory infection, coughing, or a running a fever or are experiencing shortness of breath and have been to any of the listed countries were community spreading of the novel virus has occurred over the past fourteen days will be tested for the virus.