President George Vella has likened his first year in the post to a roller-coaster ride.

During an interview on Newsbook Hour aired on 103 FM – Malta’s Heart, President Vella remembered the welcome he was given when he was appointed President. He mentioned how a few months into the presidency the country descended into a political crisis in reference to the slight progress which was in the murder investigation of Daphne Caruana Galizia last November and which sparked the resignation of former Prime Minister Joseph Muscat, former Minister Konrad Mizzi and OPM Chief of Staff Keith Schembri.

Reflecting on that time, President Vella said that tensions peaked at December. Last year, people took the streets demanding resignations. Prime Minister Joseph Muscat had announced that he would step down in January, back in December after murder suspect Yorgen Fenech was arraigned in court. He spoke of Republic Day when he had convinced the Police and the Armed Forces of Malta to be allowed to be escorted to the Presidential Palace in Valletta as previous presidents had done despite a protest by the public on the day. He thanked civil society for cooperating fully on the day, describing it as a “breaking point”.

When Muscat was removed as Prime Minister, it was a difficult period, President Vella remarked. He added that he did his utmost to ensure peace and stability in the country, and at the same time ensuring the freedom to protest to those who demanded change. He noted that the situation improved when Robert Abela was appointed as Muscat’s successor however, it quickly deteriorated with the coronavirus outbreak in the country.

During the interview, President Vella reminisced his meeting with Queen Elizabeth and other occasions he had to represent Malta abroad.

President Vella and his wife, Miriam Vella, have spent the last three weeks at their apartment at the Presidential Palace. President Vella falls under the category of people deemed vulnerable since he is 78 years old and therefore has to stay home.

Vella urged all those individuals who are facing abuse to get in touch with the relevant authorities.

President Vella also issued an official message to mark his first year as president. He explained during the first year, the presidency had to face unprecedented situations however, the true character of the Maltese shone throughout these different experiences.

Remembering December, Vella explained the various circumstances and thanked everyone for their cooperation. He explained that he refrained from commenting on the assassination of journalist Daphne Caruana Galizia so that justice can take its course. Vella remarked that he expects that justice is served.

Earlier interview
‘I didn’t hold back from mentioning the clique; I’ve had sleepless nights’ – President Vella 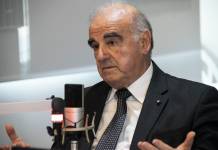 President Vella remarked that the public was becoming more aware that sections of the constitution should be reformed in order to reflect the current realities. Many participated in the public consultation process which was launched last year and came to an end in February. The proposals put forward by the public are now being analysed.

The next step in the process includes the holding of a Constitutional Convention which will lead to the drafting of the necessary amendments. These amendments will then be put forward in Parliament.

The coronavirus outbreak in Malta is being continuously monitored, President Vella said. He remarked that the measures which were being implemented by the health authorities were timely and aimed at curbing the spread of the virus. He underlined the importance of the public’s cooperation in this situation so as to mitigate the repercussions the outbreak will have on the country’s economy and the negative impact on society. 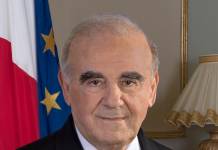