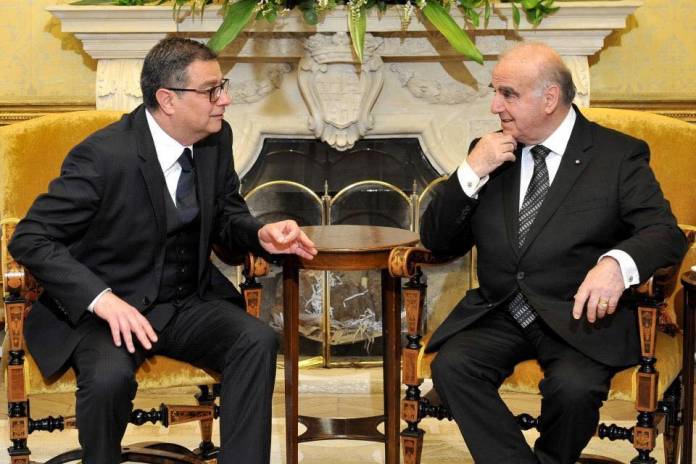 President George Vella’s decision to retain Adrian Delia as Opposition Leader even after confirming that most opposition MPs had lost faith in him has rendered Malta’s parliamentary democracy weaker than ever, according to Repubblika.

It expressed its concerns about the lack of transparency behind Vella’s decision, with no indication of who advised the President, whether this advice was accepted and whether it was appropriately cross-examined.

Repubblika noted that the timing of the decision was unfortunate, as parliament was presently debating increasing the President’s powers “when the institution is so manifestly ill-equipped to handle such decisions of national importance.”

It reiterated that the President could not be allowed to be the choice of the government of the day, as has been the case with Vella. In light of this, it said, it expected Vella to be careful to act transparently and “not to be seen to be serving the interests of his former political party.”

In his judgment, the President argued that he was required to depart from the letter of the Constitution in favour of his political judgment about the need for serenity, a matter which Repubblika described as “worse than unfortunate.”

“If the President felt at liberty to ignore the text of the Constitution, he should have taken into account more than the need for ‘serenity’. There is also the need of ‘effectiveness’ which is unachievable while, by the President’s own account, the majority of the members of the opposition have no confidence in the member he has confirmed in the job of leading them,” the NGO said.

“The only people being ‘serene’ in this context, are the government, serene in the knowledge that they are faced by a leaderless opposition, now weaker than ever as a result of this decision,” it continued, adding that instead of guarding the Constitution, the President ended up undermining it.

Parliament should not be at the mercy of political parties

Repubblika insisted that if Vella’s reasoning was correct, then the Constitution once again proved to be woefully inadequate.

It noted that the election of MPs was strictly regulated by the law, but that of political party officials was not. Party leaders were chosen by limited suffrage, with the party itself determining who is eligible, with no independent monitoring or enforcement.

If the President’s reasoning that the Constitution relied on political parties to determine who held constitutional office, it argued, then Malta had no laws to ensure that “even the most basic principles of a workable democracy are in place.”

“Then we have no laws to ensure Parliament is supposed to reflect and represent the will of all people. But members elected to it are not even entitled, as it appears, to choose who among them should lead them. Instead that decision has been left by the President to a restricted club that is not regulated by the laws of the land. This is a usurpation of the democratic process,” Repubblika said.

While it emphasised that it was not its remit to determine whether MPs were right to declare a lack of confidence in the Opposition Leader, it was clear that Malta’s parliamentary democracy “has been crippled even more by the President’s actions this week.”