The submissions received and analyses undertaken in the framework of the public consultation on constitutional reform, concluded in February, have been consolidated into a digital publication which the Office of the President has uploaded to the official website dedicated to the reform.

The electronic booklet contains not only the propositions received during the period of the consultation process itself, between August 2019 and February 2020 and reports drawn up on the basis thereof, but also the list of submissions received prior to the official consultation period as well as a report on what civil society wants to see in a new Constitution.

President of Malta George Vella said that the committee in charge of the constitutional reform will be able to make significant progress now that the situation in the political field is getting back to normal.

“I wanted to broaden public consultation and promised that, if a Constitutional Convention was to be formed, civil society, non-governmental organisations, and the people in general would have an important role to play, and I wanted to reassure everyone that the process would not be dominated by the influence of political parties,” said President Vella.

Constitutional Reform to be ‘open’, ‘not dominated by political parties’ – OPR to Repubblika 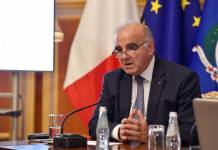 For this reason a website was launched where everyone could make their proposals. The website was open for almost six months, with hundreds of contributions submitted. The aim was to have all collected material analysed and examined by the Constitutional Convention, once set up.

President Vella mentioned how the political developments in the country have led the Venice Commission of the Council of Europe to get involved and put pressure so that certain constitutional changes, considered urgent, were given priority. 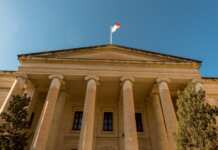 This happened, but it delayed the discussion on what other constitutional changes could be considered.

In this publication, public access has been granted to documents from legal and constitutional experts that have been forwarded to the Committee on Constitutional Reform, as well as an analysis of the suggestions that have been submitted by the public on the specially-created website.

The Constitutional Convention will eventually be examining the proposals and making its recommendations to Parliament.

President calls for increased awareness of impact of development