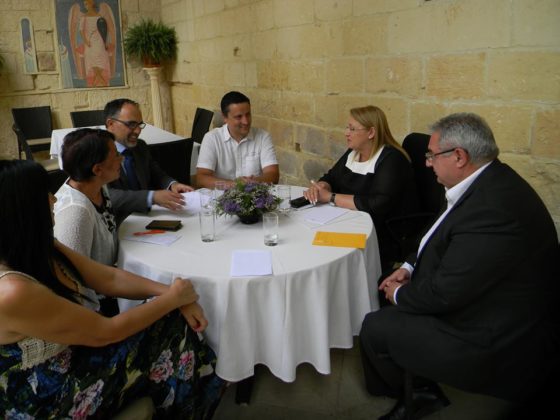 Pembroke residents expressed their serious concerns about the db Group project proposed in ITS site, during a meeting with President Marie Louise Coleiro Preca.

The residents explained that the structure is massive, with a 37 storey tower and a 19 storey hotel which will be build a couple of meters away from apartments in which some 260 families reside.

They claimed developments of the sort will not only permanently cover sunlight, but also damage the residents’ physical and mental health, especially children’s. They feel their community is under attack from construction projects and unsustainable commercialisation.

In these past few days, the residents set three separate meetings with Shadow Ministers elected from the 9th and 10th district to describe the negative impact the projects proposed by db Group has, which if it materialises, will bury them alive.