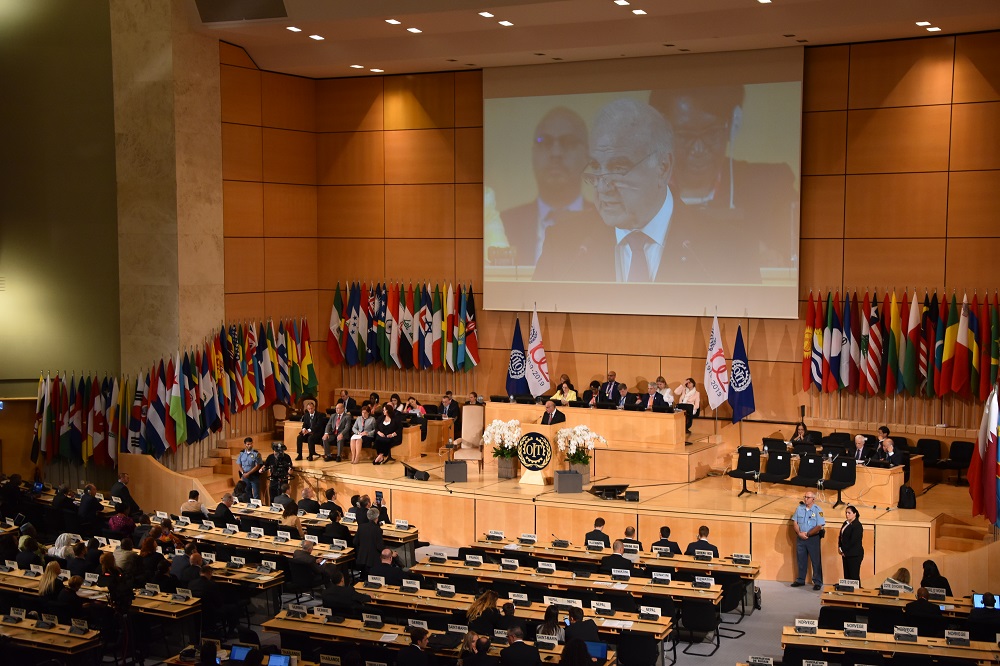 In his first official speech abroad, President of Malta George Vella addressed head of states and leaders of international organisations at the International Labour Organization (ILO) in Geneva, Switzerland.

In his opening statement, the President lauded the ILO’s “untiring contributions and initiatives directed at a brighter future for workers across the globe”. President Vella expressed his steadfast conviction, built throughout his political and medical careers, of the necessity of social justice, and how there “can never be lasting peace or stability without social justice”. He also referred to the concept of labour rights as “a prerequisite not only for any society’s economic growth, but also its security”.

The President continued by referring to statistics that show how over 600 million new jobs need to be created by 2030 just to keep pace with the growth of the global working age population, and how there are some 780 million women and men who are working but not earning enough to lift themselves and their families out of poverty.

President Vella referred to the fourth industrial revolution driven by artificial intelligence and automation. He is of the belief that all this makes it more important for us all to strengthen and safeguard the fundamental human rights of all workers, independently of their age, gender, religion, ethnicity or sexual orientation, and how the ILO is the perfect platform for this.