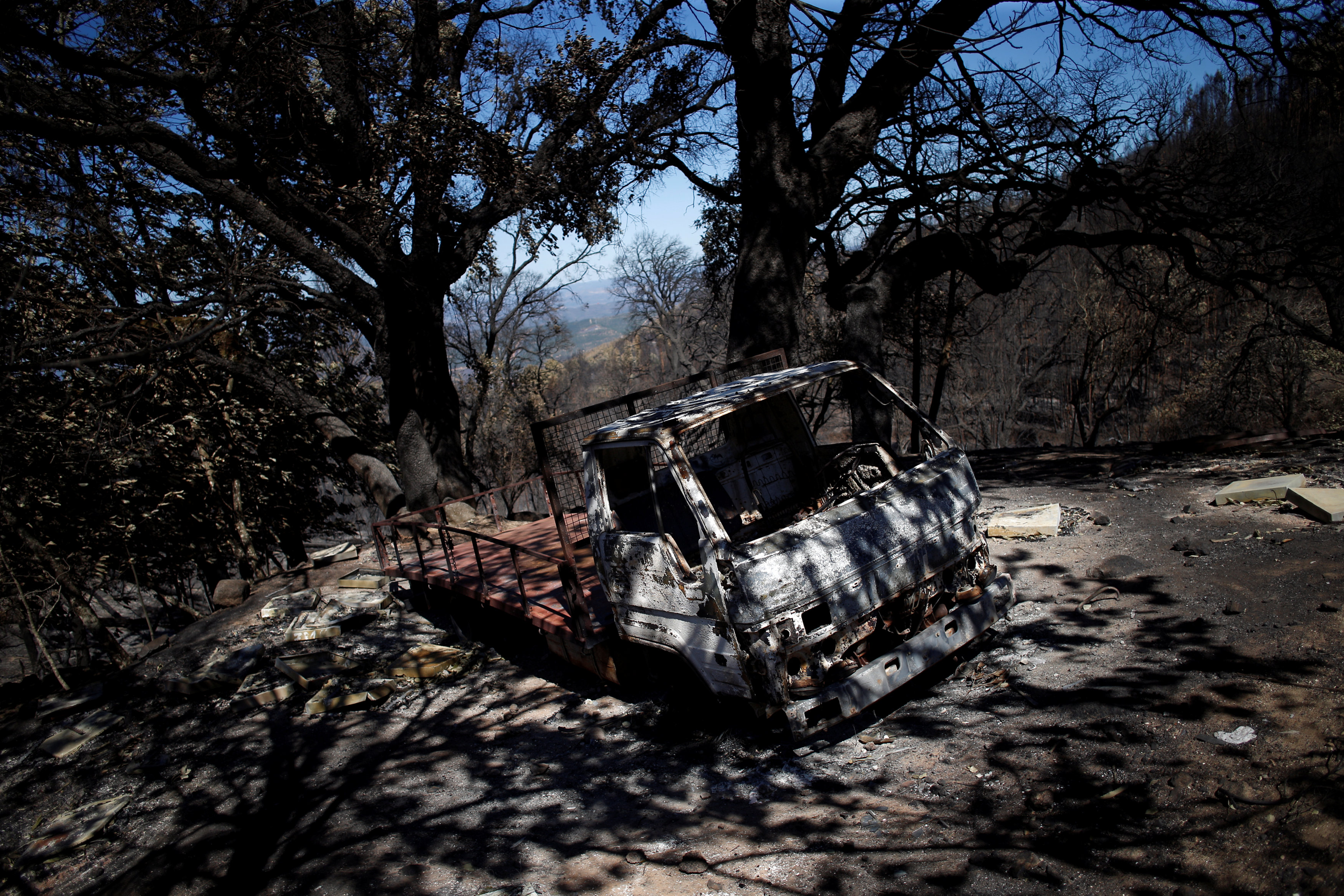 Portuguese firefighters grew cautiously optimistic on Thursday that they have dominated a fire that has engulfed the hills of the southern Algarve tourist region, which has burnt for a week through eucalyptus forests and forced hundreds to flee.

Rui Andre, the mayor of Monchique where the blaze flared up last Friday, said more than half of his municipality’s area of 39,500 hectares had burnt. The neighbouring municipality of Silves was also affected.

The fire started during an extreme heatwave that jolted Portugal out of a relatively cool summer and sparked instant memories of tragic fires last year – the worst on record – which killed 114 people.

Nobody has died so far this year as authorities have gone to great lengths to evacuate villagers as the flames approached through the thick forests in the hills above the Algarve coast.

A huge plume of smoke extended across the region, reaching all the way down to popular beach destinations on the coast.

“We are hopeful that the situation will be resolved soon,” said Jorge Botelho, head of the Faro district command of the Civil Protection Service. “Things are somehow moving in the right direction but are not yet resolved so we must be careful.”

More than 1,450 firefighters and 460 fire engines remained in the area, while 15 aircraft continued flying to drop their water cargoes on smouldering hotspots.

Prime Minister Antonio Costa warned on Wednesday it could take many more days to put out the fire.

The weather has turned cooler in the past couple of days but strong winds from the north still fanned the flames towards the coast. Temperatures are set to rise again over the weekend.

More than 30 people have been treated for smoke inhalation and burns.

The government was overwhelmed last year by fires in June and October in extreme drought. The interior minister resigned and the opposition launched a vote of no-confidence, which the government survived.