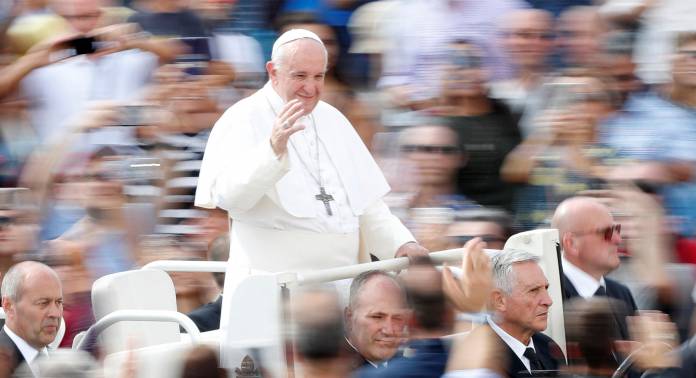 The Archbishop’s Curia has told Newsbook.com.mt that it has not been informed of any cancellation of Pope Francis’ plan to visit Malta at the end of May. Following reports both in the local press as well as in international media that the Pope’s apostolic visit to Malta may be cancelled, Newsbook.com.mt reached out to the Curia for verification.

The authoritative CRUX said that “The only foreign travel it has confirmed this year, a May 31 day trip to Malta, likely will be called off given Malta on Tuesday barred all air traffic to and from Italy.”

The Malta Independent similarly speculated that the Pope’s visit to Malta in May “likely will be called off” because of the Coronavirus spread. The speculation originated from a report by the Associated Press news agency. The report added that “no official decision has as yet been taken on the 31 May visit which was announced last month. But the spread of Coronavirus in Italy, the travel ban between Malta and Italy and restrictions to mass activities might possibly lead to at least a postponement”.

Meanwhile, international epidemiologist Petr Piot has been reported to have estimated the spread of the virus to peak at around Easter. Speaking to the UK broadsheet The Times, Prof Piot said “I think we will go to the peak of the epidemic somewhere around Easter,” Professor Piot says. Measures such as banning large public events or closing schools might delay but won’t stop it. “We have no vaccine. All we have is medieval ways of containment: isolation, quarantine, contact tracing. But it’s really important not to give up and say, ‘Let everybody get infected and get it over with.’ That would lead to massive demand on the NHS. And let’s not forget that older people and people with chronic conditions are quite vulnerable — we need to protect them.”

Monique Agius   July 10, 2020
The President is expected to decide by Saturday on whether Delia should be removed from the constitutional role as Opposition Leader.

Be loyal to the country not to a political party exhorts...