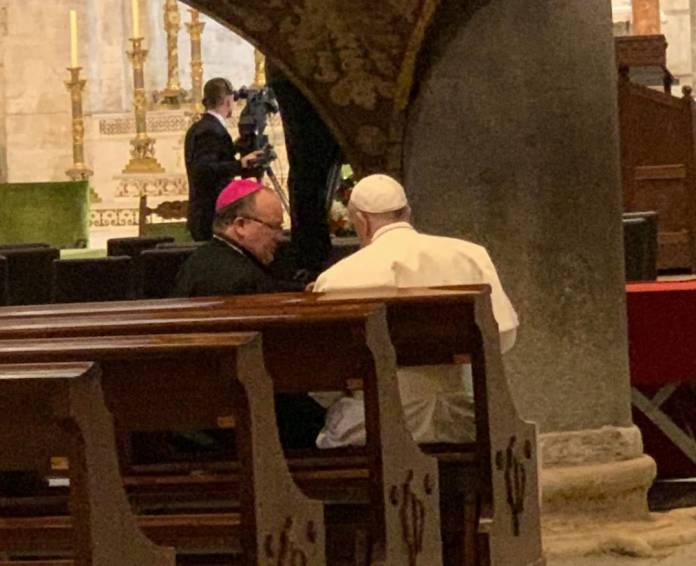 Pope Francis and Archbishop Charles Scicluna were immortalized in a tete-at-tete by a photographer in a shot which was likely taken at the Basilica of Saint Nicholas in Bari, Italy.

Archbishop Scicluna was attending the meeting of the Bishops of the Mediterranean. The Holy Father presided over mass and delivered his homily on Sunday.

Pope Francis found time to have a tete a tete with Archbishop Scicluna. Newsbook.com.mt is not aware of what was said during this meeting, but is informed that the Holy Father took Archbishop Scicluna aside to speak to him about an important matter.

This is not the first time that Archbishop Scicluna was photographed with the Holy Father. Newsbook.com.mt had published a photo which captured Archbishop Scicluna and Pope Francis taking the same lift during one of the breaks from the sessions of the Synod of the Bishops which was held at the Vatican.