Pope Francis will make the first trip by a pontiff in 10 years to the tiny Mediterranean island nation of Malta in May, where he is expected to defend the rights of migrants trying to reach Europe.

The Vatican said on Monday the pope will visit the country, which lies between Sicily and North Africa, on May 31.

Malta has been at the centre of several disputes with Italy and other European nations over which one should take migrants rescued in the Mediterranean by ships from non-governmental organisations (NGOs). 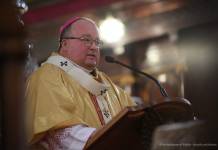 Like Italy, it has sometimes closed its ports to humanitarian ships that have rescued migrants, saying they should be shared among EU nations.

The pope, who has made defence of migrants a major part of his papacy and has often called the Mediterranean a cemetery, has criticised the closing of ports.

Politically, the island is still reeling from the killing of investigative journalist Daphne Caruana Galizia in a car bombing in 2017. Francis may pay tribute to her, according to a Vatican source.

Pope Francis to be welcomed at Ta’ Pinu 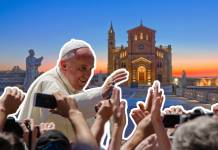 Malta is important in the history of Christianity because a ship carrying St. Paul to Rome was shipwrecked there in about the year 60 AD while he was being taken to Rome.

Pope Francis’ trip to Malta is also seen as a tribute to its Archbishop Charles Scicluna, who is the Vatican’s most experienced sexual abuse investigator.

Archbishop Scicluna’s investigations have led to the defrocking of some of the Church’s most notorious paedophiles in Mexico, Chile and other countries. 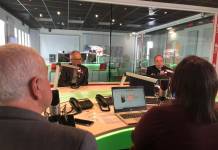 Archbishop Scicluna has also been on the front line in the defence of migrants, sometimes criticising government policies. In 2017 he visited the Phoenix, one of the NGO-run rescue ships plying the waters of the southern Mediterranean to save migrants from drowning.

The trip will be Pope Francis’s first outside Italy this year. He is expected to visit Indonesia, East Timor and Papua New Guinea in September, according to diplomatic sources.