Pope Francis will not appear in St Peter’s Square on Sunday. This measure is being taken in order to avoid people gathering amid the coronavirus outbreak in Italy, the Vatican has said. 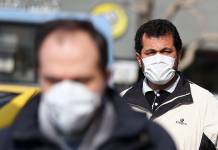 Instead of the usual Sunday service from a window overlooking St. Peter’s Square, Pope Francis will livestream the traditional Angelus Prayer from a library inside the Vatican. 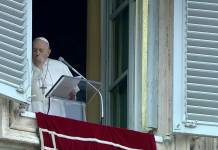 Italy is the hardest hit country by the virus outside of China. At least 4,636 cases have been reported and the death toll has hit 197. 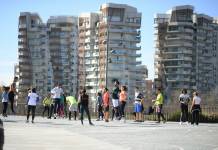 Pope Francis’ general audiences will be live streamed with no participants at papal morning Masses until 15 March.

Pope Francis has been suffering from a cold but it is not coronavirus. Last week, the Holy Father cancelled a Lent retreat for this first time in his papacy. Vatican officials said that he was tested for coronavirus and the results came back negative on Tuesday.

The decision was taken in view of the recent measures taken by the Italian authorities in order to control the spread of COVID-19.

Further the Vatican has announced that Mass will not be celebrated at St Martha’s Chapel until 15 March.

Bishop Mario Grech appointed as General Secretary of the Synod of...