Abortion is the “white glove” equivalent of the Nazi eugenics programme, Pope Francis has said.

In off-the-cuff remarks to members of an Italian family association reported by the Associated Press, the Pope said he regretted that some couples decided not to have children or opted for pre-natal tests to discover if their unborn child had any physical defects. 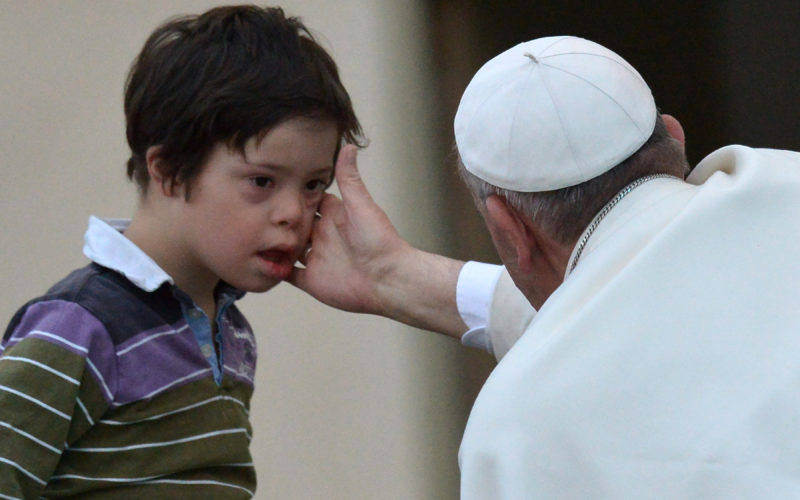 “The first proposal in such a case is, ‘Do we get rid of it?’” Francis said. “The murder of children. To have an easy life, they get ridof an innocent.”

The Pope said that in his youth he had been shocked by stories about children in the past being “thrown from the mountain” if they were born with disabilities.

“Today we do the same thing,” he said, according to AP.

“Last century, the whole world was scandalised by what the Nazis did to purify the race. Today, we do the same thing but with white gloves,” Francis said.

Argentina, the Pope’s homeland, is on the verge of relaxing laws on abortion. Last month Ireland voted by an overwhelming majority to introduce abortion up to 12 weeks.