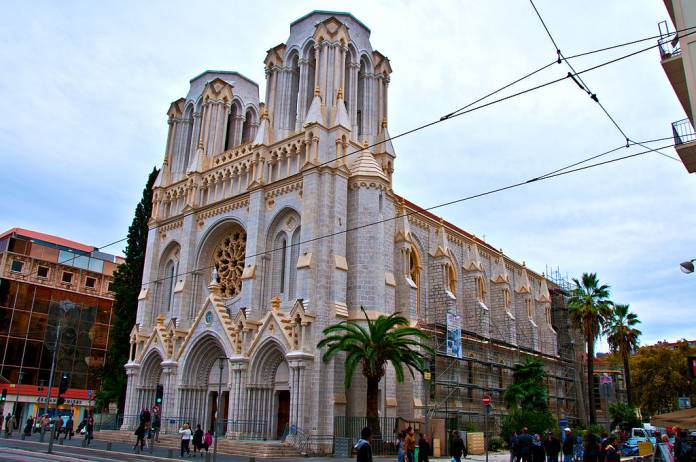 Pope Francis expressed his sorrow and offered prayers for the Church in France following the tragic murders of three people at the Basilica of Notre Dame on Thursday.

“Informed of the savage attack that was perpetrated this morning in a church in Nice, causing the death of several innocent people, His Holiness Pope Francis joins in prayer with the suffering of the families who were affected and shares their sorrow. He asks the Lord to bring them comfort and he commends the victims to his mercy.”

On Thursday in French city of Nice
Three killed in knife attack in Nice, France

“Condemning such violent acts of terror in the strongest possible way, he assures the Catholic Community of France and all the French people of his closeness and he calls for unity. Confiding France to the protection of Our Lady, he wholeheartedly gives the Apostolic Blessing to all those affected by this tragedy.”

Meanwhile, Pope Francis’ weekly general audiences will return to being live streamed from the library of the Apostolic Palace, without the presence of faithful.

These will start as of next Wednesday November 4, after a member of the faithful tested positive for COVID-19 on Wednesday October 21, the Vatican press office said Thursday.

The decision was taken in an effort to avert all future risks for participants’ health, it said.

Pope Francis resumed his live audiences on 2 September, after having broadcast them live from the Library of the Apostolic Palace for 189 days, since 26 February. Before his first catechesis in the courtyard of San Damaso, he said “After so many months we resume our meeting face to face and not screen to screen. Face to face. This is beautiful!”