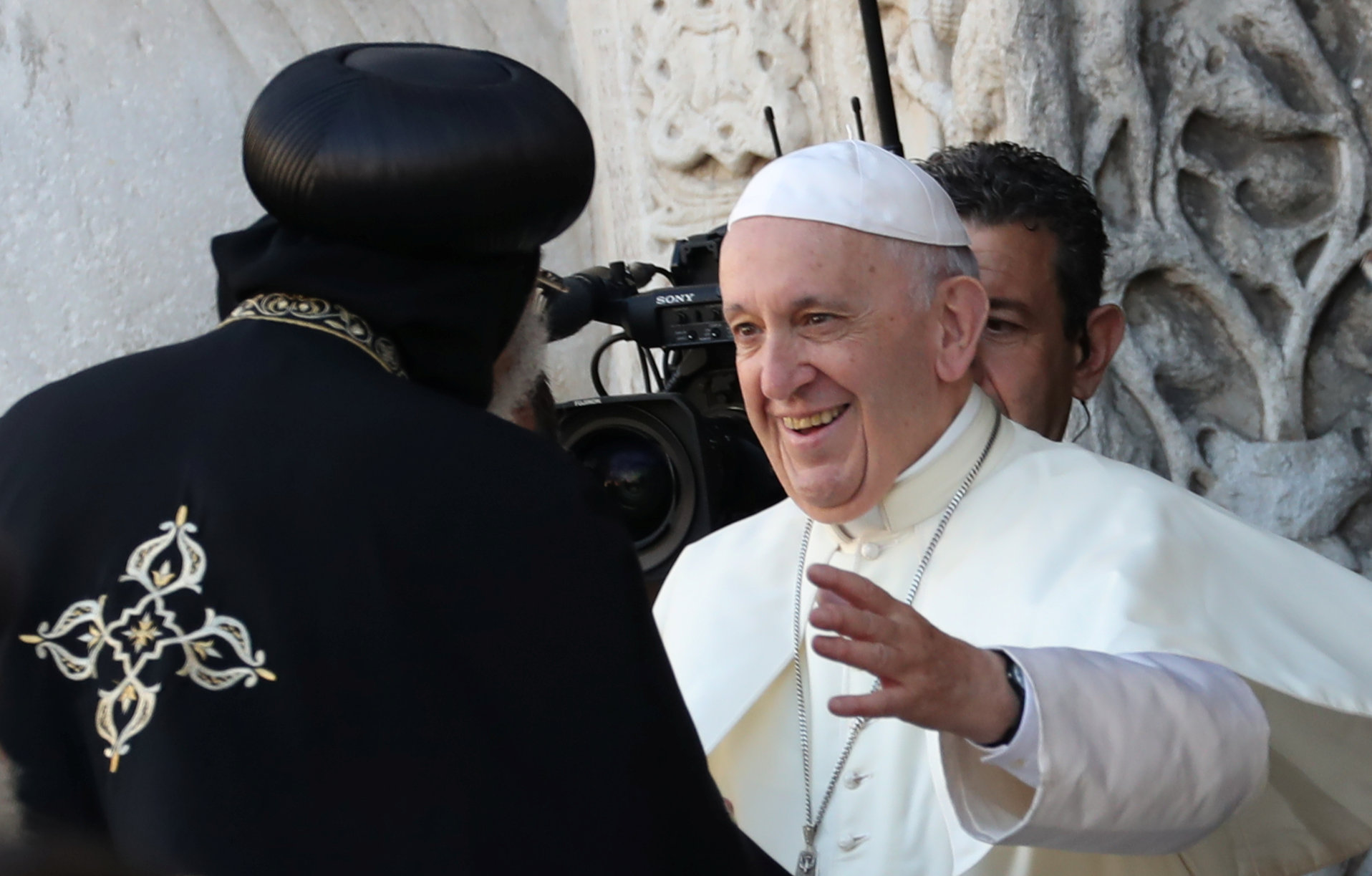 Pope Francis led a summit of religious leaders demanding peace in the Middle East on Saturday, condemning a “murderous indifference” he said is fanning violence and sparking a an exodus of Christians.

Francis convened the summit in the southern Italian city of Bari that for centuries has been a gateway to the Middle East and home to the relics of St. Nicholas, a figure venerated in both the Western and Eastern branches of Christianity.

In what was billed as an “admonition” opening a joint prayer service, Francis spoke of “dark clouds of war, violence and destruction, instances of occupation and varieties of fundamentalism, forced migration and neglect”.

He said: “All this has taken place amid the complicit silence of many.”

While the pope did not name any specific place or protagonist in any conflict, looming large in the background was the Syrian war, which has killed hundreds of thousands of people and uprooted around 11 million others, including 6 million abroad as refugees.

St. Nicholas, who lived about 1,700 years ago in what is today Turkey, is venerated among Orthodox Christians, including those in Russia, which is Syria’s ally in the civil war. The Russian Orthodox Church sent its number two to the Bari meeting.

“Indifference kills, and we desire to lift up our voices in opposition to this murderous indifference. We want to give a voice to those who have none, to those who can only wipe away their tears,” Francis said.

“For the Middle East today is weeping, suffering and silent as others trample upon those lands in search of power or riches,” he said, speaking from a podium on the waterfront with about 20 other Christian leaders, most of them from Orthodox Churches.

In a gesture to show their equality, the pope and key participants including black-robed Orthodox leaders were driven together in a tourist-style open-top bus from the 12th century Romanesque style Basilica of St. Nicholas to the prayer service on the waterfront facing east.

“Let us pray as one, begging the Lord of heaven for that peace which the powerful of our world have not yet been able to find,” the pope said.

Prayers for peace in the Middle East were read in Italian, English, Greek, Arabic, Armenian and Assyrian.

A special mention was made of the need for peace in Jerusalem, which the pope called “the holy city beloved of God and wounded by men”.

The status of the holy city is at the heart of a bitter conflict. Israel says it is the country’s united and eternal capital while Palestinians want East Jerusalem as the capital of any future state.

One of the topics at private meetings later was expected to be the dwindling number of Christians in the Middle East, as many flee conflicts and dire economic conditions.

Francis said their disappearance would lead to the “disfiguring the very face of the region. For a Middle East without Christians would not be the Middle East”.

Photos: Looking in, looking out: world emerges from lockdown with mixed feelings