A request for laicization made by the former parish priest of Burmarrad, Fr Donald Bellizzi OFM Conv, was accepted by Pope Francis early last month.

Fr Bellizzi is presently serving a three-year prison sentence after being found guilty of abusing a minor. Laicization means that Donald Bellizzi is now considered to be a lay person and is barred from exercising in any way the ministry of a priest. It also means that he is no longer a member of a religious order.

Had Bellizzi not asked for this dispensation he would have faced a canonical trial which would have likely ended in his laicization.

In October of 2015, Bellizzi had been arrested on charges of improper relations with minors and was immediately suspended by from the exercise of ministry. The Safeguarding Commission of the Church in Malta had informed the police that a minor wanted to make a report.

When the criminal trial was taking too long to come to an end it was decided to launch a canonical investigation in January of 2017. 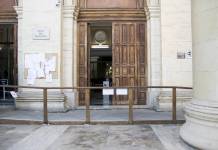 On July 31, 2017, the results of that investigation were sent to the Congregation for the Doctrine of the Faith. Just six weeks later, the Vatican Dicastery authorized that an administrative criminal trial be held. The Congregation also authorized, in advance, the dismissal of Friar Donald from the clerical state.

The canonical trial was suspended, pending the outcome of the criminal trial being held in Malta. The first sentence, issued on June 19, 2020, was appealed by Bellizzi. The appeal trial was concluded on November 17, 2020, and Belizzi was condemned to three years in prison.