The International Day of Charity will be marked on Saturday. The day which was declared by the United Nations General Assembly in 2012, was established with the objective of raising awareness, mobilizing people, NGOs and stakeholders all around the world to help others through volunteer and philanthropic activities.

The date of 5 September was chosen in order to commemorate the anniversary of the passing away of Mother Teresa of Calcutta, who received the Nobel Peace Prize in 1979 “for work undertaken in the struggle to overcome poverty and distress, which also constitute a threat to peace.”

For many, charity is equated to fund raising and donating money. However, charity does not only consist in donating money to a cause and can take different forms. 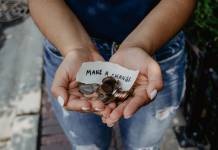 Vox Pop: ‘Give until you feel the pinch’

Monique Agius   September 15, 2020
D'Alessandro who resides in Marsaskala and owns a construction company, was hospitalized after he was left bleeding, with broken ribs and smashed teeth.

Amy Borg   September 15, 2020
Many countries in Europe have recently re-implemented tough measures to control the spread of coronavirus as in the past weeks there was a rise in infections although the number of deaths has remained stable.