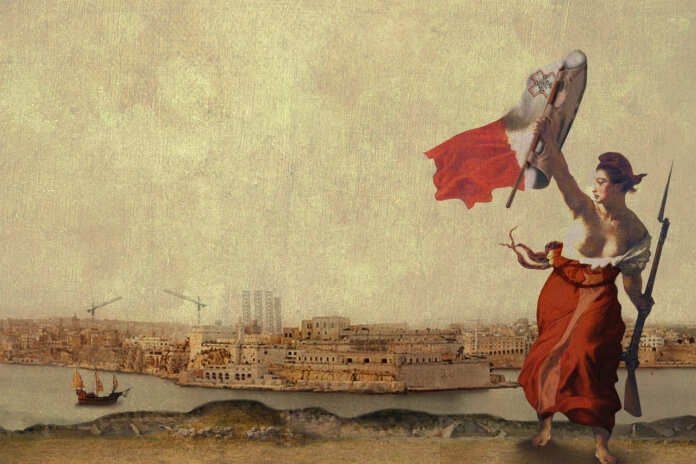 Preparations are currently underway for what promises to be a ground-breaking and controversial theatrical event. Apotheosis, which will be staged in March at Spazju Kreattiv, charts the story of a fictional Maltese female Prime Minister and the tragedy of her life.

“I wrote the first draft in 2016-17,” says the play’s author John Baraldi. “Some of the inspiration comes from a conversation I had with veteran actress Karmen Azzopardi. She told me about Karin Grech, the young girl who 40 years ago was blown up by a bomb sent to her father in the midst of the doctors’ crisis, and other instances of political violence in Malta. As the news has featured a series of car bombs, I was then given more food for thought on this topic.

“Much of the inspiration comes from research suggested by staff of the University of Malta,” adds Baraldi.  “Some material is verbatim from people interviewed.”

Dolores, the main character in the play, is a political outcast and deemed by many to be a traitor. Alone in her home, she is writing her tell-all memoirs in the hope that her revelations will shake the political establishment to its foundations. She is under police protection as a result of the many threats she has received on her life.

“When I first wrote the play, some people said it was slightly preposterous that a woman politician might be killed because of her revelations,” says Baraldi. “Then, in October 2017, journalist Daphne Caruana Galizia was assassinated by a car bomb outside her home.  I knew this piece had to be brought to the stage.”

Directed by Marc Cabourdin and starring Angele Galea, Apotheosis is a multi-visual production, and is structured around celebrated composer Arvo Pärt’s ‘Lamentate’. The play is set to debut on 7 March, fittingly a day before Women’s Day, and the producers are also presenting a series of fringe events including workshops and post-show talks to tackle the many controversial and topical themes raised in the play.

The outreach and education programme of this project has been funded by the Small Initiatives Support Scheme (SIS), managed by the Malta Council for the Voluntary Sector (MCVS). This project/publication reflects the views only of the author, and the MCVS cannot be held responsible for the content or any use which may be made of the information contained therein

Winning projects for this edition of Art in Public Spaces exhibited

Watch: What makes us Maltese in the new century?

Maria Webb   August 3, 2020
The Administrative Committee and the Executive Committee of the Nationalist Party (PN) are to meet tomorrow.

Reuters   August 4, 2020
Israeli aircraft attacked targets in Syria in retaliation for an attempted bombing of the border fence by an enemy squad.