Responding to a parliamentary question by Nationalist MP Claudette Buttigieg, Camilleri confirmed that the unit, which was inaugurated on Monday, has been in operation for the past two months. Though it is presently based in the police general headquarters in Floriana, Camilleri added that the government aimed to set up two centres elsewhere.

The unit has already investigated 300 cases of domestic violence and gender-based violence, with 210 reports filed by women and 90 by men.

In her question, Buttigieg made reference to a Constitutional Court ruling made earlier this year, in which the state was found to have failed to protect a woman and her children from domestic violence. 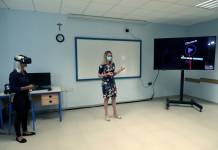