The police said that after investigating the criminal complaint filed by BirdLife Malta over the alleged illegally issued hunting licences, it has decided that it would not take further action.

On Wednesday, BirdLife Malta filed a criminal complaint claiming that the licenses were issued illegally and that according to law, the Ministry of Environment had to issue such licenses and not the Gozo Ministry.

In a statement on Thursday afternoon, the police said that after it had analysed the criminal complaint and took into account the circumstances, it had decided that there was no need on proceeding with the case as things stand.

The hunters’ federation requested an urgent meeting with the acting police commissioner on Wednesday evening to present its position against the allegations made in BirdLife’s “baseless” report to safeguard the interests of the hunters. 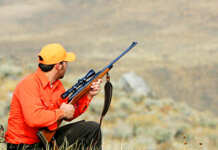 BirdLife Malta reacted to the news, saying that the Acting Police Commissioner Carmelo Magri replied that the police did not have any authority to take action and withdraw hunting licences which were issued illegally by the Gozo Ministry.

Magri told BirdLife that it was not in his remit to establish whether the hunting licences had been issued by the Gozo Ministry beyond its power or authority. He explained that if it was the case, then this would be over and above his power noting that the duty of the police was to enforce laws.