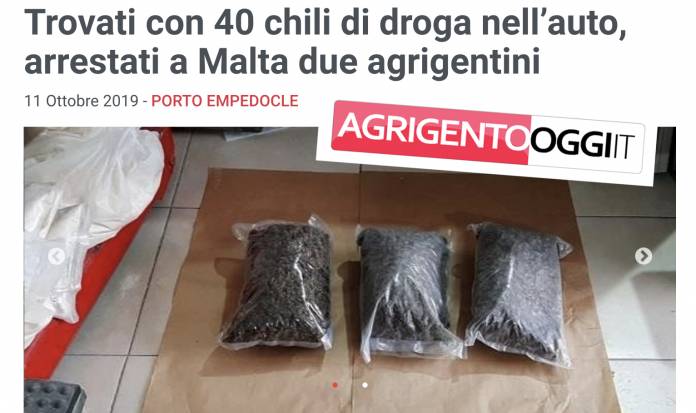 The police rejected claims made in Italian media which said that the 61-year-old Maltese man who was questioned in connection to a recent drug find was a police officer.

Two Sicilian men were arraigned on Thursday after 40kg of cannabis were found in the vehicle they were in on Tuesday.

According to ArgrigentiOggi.it, the 61-year-old man who resides in Santa Venera was a police officer.

“The Police Force categorically denies that the man was ever a member of the Force,” the police said.

John Paul Cordina   August 6, 2020
The lawyers of the two teenagers accused of murdering Saviour Gaffarena in an Mqabba shooting last week are arguing that there is not enough evidence to place them under a bill of indictment as the compilation of evidence opened on Thursday.

Coryse Borg   August 5, 2020
Judging by the smile on guitarist Glenn Sacco's son Leigh's face, there's a lot of love there - for his dad and for music in general.