Informed sources told Newsbook.com.mt that three members from the secretariat of economy minister Chris Cardona have been questioned by police. Information received was that one of the members was taken under police escort. While other media are running this story, Newsbook.com.mt could not confirm the information officially.

This development comes after the resumption of the interrogation of Yorgen Fenech in the late afternoon. Minister Chris Cardona too was called in for questioning, something the minister made light of.

Earlier today
Back inside 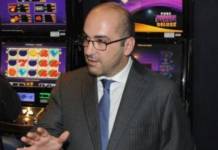 Other media have also reported that the AG and the Commissioner of Police had an important meeting regarding the cases in question.