The processing of personal data by the police’s access to road CCTV cameras was in line with data protection laws, according to the Information and Data Protection Commissioner (IDPC).

The IDPC concluded that “contrary to what has been reported in the media, the processing of personal data subject to the MoU was in line with the applicable data protection legal framework.”

In September 2019, experts in IT Law, who spoke to Newsbook.com.mt on condition of anonymity, said that the MoU signed between the Police and Transport Malta (TM) is likely to be in breach of the law. Back then, the Information & Data Protection Commissioner informed Newsbook.com.mt that he had not been consulted about it. This website also found it impossible to contact the Data Protection Officers of the Police Corps and TM. 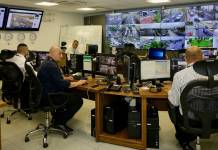 The IDPC said the “investigation was deemed necessary, given that such media reports raised data protection concerns and gave the impression that the Police would be granted unrestricted access on a 24/7 basis to the CCTV cameras operated by Transport Malta.”

The IDPC said the investigation was conducted “to assess the processing operation relating to such MoU.”

“The investigation was conducted both at Transport Malta and the Police and it was concluded that, contrary to what has been reported in the media, the processing of personal data subject to the MoU was in line with the applicable data protection legal framework.”

In September 2019, a legal expert contacted by Newsbook.com.mt said that this agreement between TM and the Police looks “…very likely to be in breach of the GDPR legislation”.

In September, Newsbook wrote that the answers Commissioner Cachia gave it “assert that this Assessment doesn’t seem to have taken place, and the Commissioner has not been consulted at all.”

After revealing that Transport Malta’s Memorandum of Understanding (MoU) with the Police is probably in breach of the law, Newsbook.com.mt also revealed that Malta’s transport regulator is also flouting other sections of the General Data Protection Regulations (GDPR). 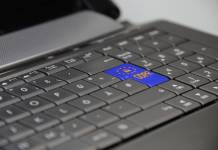 Amy Borg   February 21, 2020
Germany's government faced calls to toughen gun ownership laws and step up efforts to track far-right sympathisers, after the suspect in one of its worst mass shootings since World War Two was found to have published a racist manifesto.

John Paul Cordina   February 23, 2020
The world may be edging closer to a pandemic as the Covid-19 coronavirus outbreak continues to spread far from its point of origin in central China.