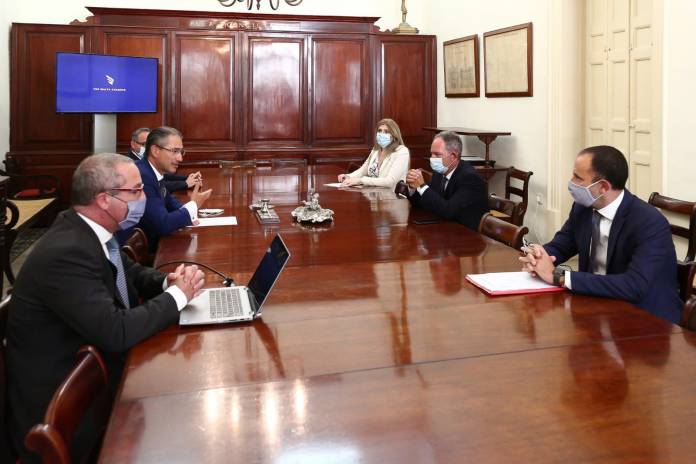 The Nationalist Party argued in favour of a strong socioeconomic vision which would not only help Malta overcome the challenges posed by the Covid-19 pandemic but would also allow it to go beyond in as it held a meeting with the Malta Chamber on Tuesday.

During the meeting, Malta Chamber president David Xuereb presented the preliminary report of its Think Tank in favour of a sustainable, resilient and competitive future for Malta. The same report had also been presented to Cabinet of Ministers, which held a meeting at the Chamber’s Valletta premises earlier in the day.

“The Malta Chamber is working towards a bipartisan agreement on the way forward for the country which would hence be a long-term solution to ensure continuity and stability for the country’s economic prospects,” Xuereb said, noting that the think tank made use of the vast expertise of the chamber’s members.

The PN was represented by MPs Kristy Debono, Claudio Grech and Mario de Marco, its spokesmen on financial services, economy and finances respectively.

De Marco emphasised the need to utilise public funds to safeguard jobs, stimulate the economy, sustain the public health sector and encourage the resumption of investment. He also argued that the challenges the country were facing were not a consequence of Covid-19 but of the government’s failings, highlighting the risk of Malta being grey-listed by Moneyval, the Council of Europe’s anti-money laundering body.

Grech stated that the first step should be providing significant assistance to the worst-affected businesses, whilst ensuring that public investment could help speed up the recovery and transformation of the economy, on the basis of a new socio-economic vision.

Debono argued that funds made available from the EU and financial institutions are instrumental for this transformation to happen, and that the government should prioritise innovation, research and development as well as the use of technology.