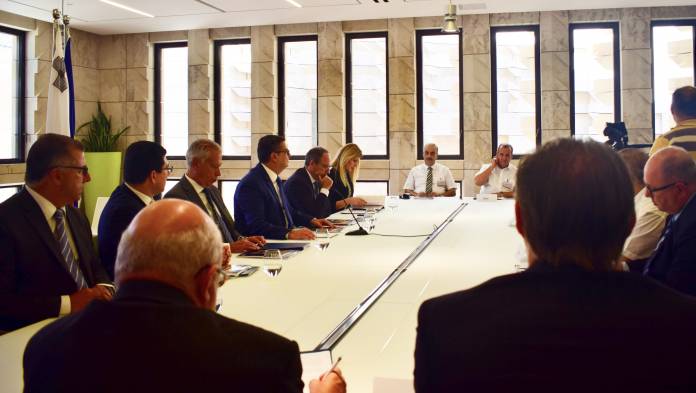 Dr Adrian Delia, leader of Partit Nazzjonalista (PN), said his Party is proposing that government includes in the coming budget  a 10% capping for income tax on overtime and part-time work.

Delia said  that the country is living in a conundrum, where on the one hand there is a high level of economic growth but on the other hand is not bettering the standard of living for large segments of society. For Delia the situation is such that notwithstanding the surplus in government finances Malta is suffering a large social, environmental and institutional deficit.

For the PN leader the economic growth is being fueled mainly from uncontrolled and unplanned development which does not heed the needs and aspirations of future generations.

Dr Delia accused the government of operating with gross incompetence, lack of forward planning, institutionalized corruption, a total lack of social conscience, and clear disrespect towards the environment.

He said that the country is being managed by a political mentality that promotes those who are best at bending or breaking rules. This is not the type of economic development that the country needs, said the leader of the PN, adding that the PN, in this document, puts forward a number of proposal for government’s consideration, proposals aimed at addressing some of the challenges identified in the document.

Opposition spokesperson for Finance Mario de Marco gave a detailed overview of the document. The document analysis global and local economic developments including on the impacts of a no-deal Brexit on the local economy. The document notes that the number of persons living at-risk-of-poverty is increasing and is bound to continue increase because of what he described as the double whammy effect of the downward pressure on wages and the inflation. Finally, the document looks at important economic sectors including the remote gaming and financial services which are facing existential threats not least because of the way government handled these sectors.

The entire document can be accessed here.Download